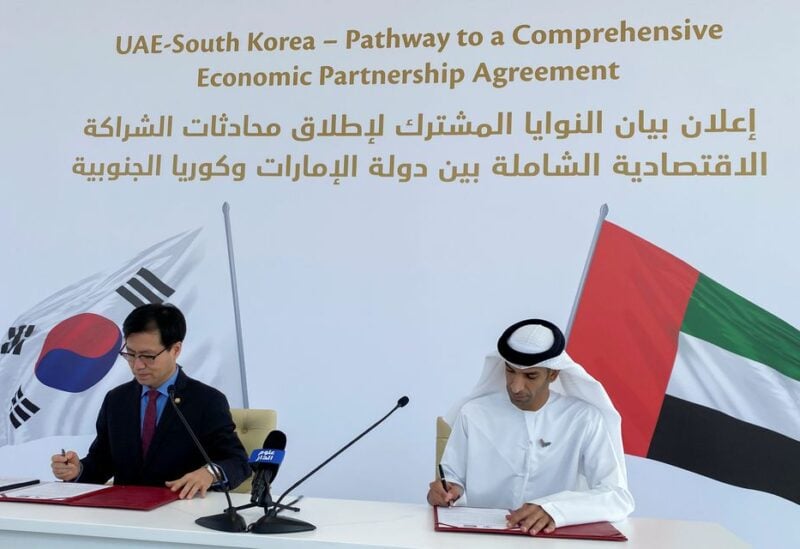 The United Arab Emirates and South Korea on Thursday agreed to start negotiations on a bilateral trade deal targeting a broad expansion of economic ties.

The UAE last month announced it would seek economic agreements with South Korea and seven other countries includingIndia, Britain and Turkey.

“We are aiming to make our CEPA a new-generation free trade agreement,” he told a news conference in Dubai.

UAE Minister of State for Foreign Trade Thani Al Zeyoudi, speaking alongside Yeo, said negotiations would start within two months and that a deal could be reached within a year.

Zeyoudi said he hoped half of the eight CEPA agreements would be completed by the end of 2022.

The UAE’s economy contracted last year when it was hit hard by the coronavirus pandemic, and it faces increasing economic competition from Saudi Arabia.

Zeyoudi told Reuters the “ultimate goal” for the UAE would be to lift all tariffs and quotas on goods and services. He also said the UAE planned to start CEPA talks with Japan, Chile, Georgia and Ukraine.