UK, EU can do deal on Northern Ireland protocol this year 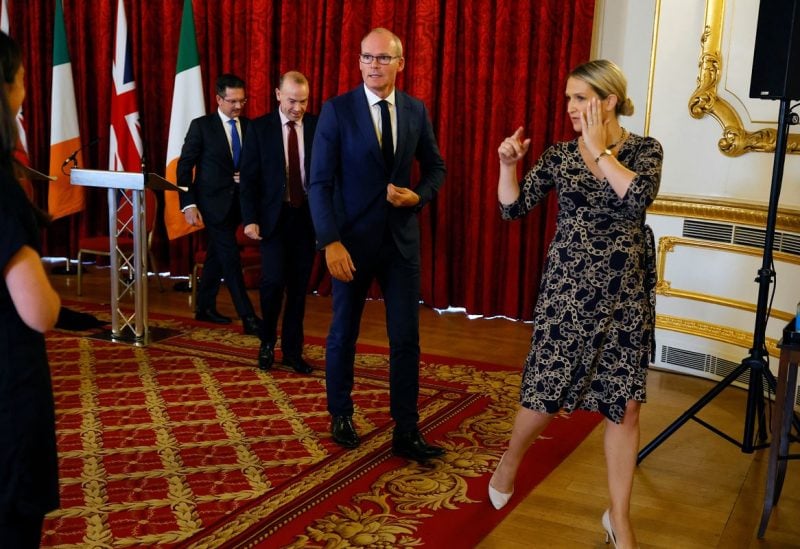 Britain and the European Union can reach an agreement on post-Brexit trade rules for Northern Ireland by the end of the year, Irish Foreign Minister Simon Coveney said on Tuesday.

Technical talks on the Northern Ireland protocol, which mandated checks on some goods moving to Northern Ireland from the rest of the United Kingdom due to the province’s open land border with EU member Ireland, resumed in the first week of October for the first time in seven months.

“There are encouraging signals now from the British government that they are serious for the first time in many, many months about trying to work this out through dialogue and discussion.”

British Prime Minister Rishi Sunak on Thursday said he was pleased with the progress made so far.

If Britain shows “real intent” to solve the issue through gestures like the sharing of real-time trade data, the EU will respond with generosity, Coveney said.

The two sides are working to take advantage of a “window of opportunity” created by the delay in Northern Ireland elections until at least March, he said.

“We need to use this window now to try to resolve these issues once and for all,” said Coveney, who said he had feared an election might have made it harder for pro-British unionist opponents of the protocol to back a compromise.

A deal could allow for the restoration of power-sharing government in Northern Ireland in time for the 25th anniversary of Northern Ireland’s 1998 peace deal in early April, Coveney said.