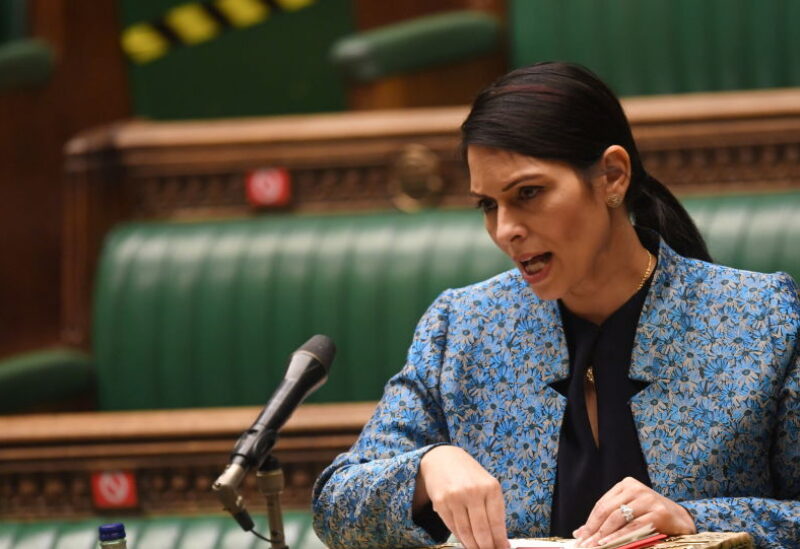 In June 2016 the people of Britain voted in favour of leaving the European Union. One of the main reasons behind the Leave campaign was the ability to regain control of UK borders and reduce immigration.

Home Secretary Priti Patel has outlined a new digitalised border control system which she claims will allow the UK government get a better grip on how many people are entering the country as immigrants.

People coming to the UK without a visa or immigration status will have to apply for a US-style Electronic Travel Authorisation, which will allow the UK Border Force to vet travellers before they board their planes.

Patel said: “Our new fully digital border will provide the ability to count people in and out of the country, giving us control over who comes to the UK.”
“Our new approach will make it easier to identify potential threats before they reach the border,” she added.

In a speech delivered on Monday, 24 May, she said that for too many years “the principle of democracy” had been overlooked when drawing up immigration policy and those that raised the issue were accused of being racist.

'It's vital that we smash up these criminal gangs'

ICYMI: Home Secretary @PritiPatel joined the @NCA_UK on a raid as they make a significant arrest in the fight against people smuggling in the 🇬🇧 pic.twitter.com/1zantMAgR0

Patel said: “Some still deny that immigration can ever be excessive…this is to deny the reality.”

Patel – who is herself the daughter of Asian immigrants who came to Britain from Uganda – has taken a hardline on immigration but she said: “Neither I, the prime minister, or our government are anti-immigration.”

She said immigrants to Britain had given an immeasurable amount to the country but she said there could not be unrestricted immigration.

​​Patel unveiled the skeleton of her “New Plan for Immigration” in March, which included the introduction of a points-based migration system, and said it was “the most significant overhaul of our asylum system in decades.”

The new plan, which she said was “firm and fair” is scheduled to be implemented by the end of 2025.

Tightening immigration rules and restricting entry to Britain was a key promise of Prime Minister Boris Johnson, who supported the Leave campaign during the 2016 Brexit referendum.

​Leaving the EU allows Britain to deny the automatic right of entry of EU nationals.

The Home Office says it expects to grant 30 million Electronic Travel Authorisations from 2025.

Last year 8,500 illegal immigrants arrived in Britain having crossed the English Channel in small boats from France or Belgium.

Patel said there were 80 million displaced people around the world and she said it was simply not possible for Britain to open its borders to refugees.

She said the current system was “broken”, was costing £1 billion a year and allowed criminal gangs to exploit its loopholes.