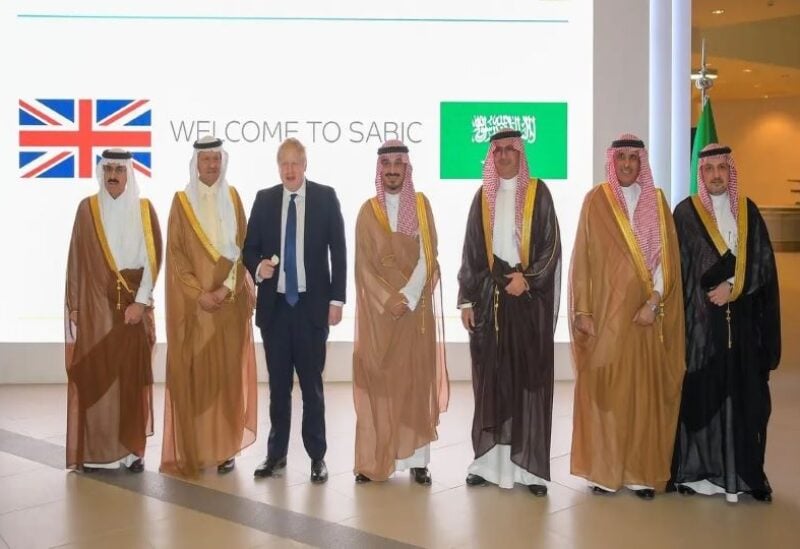 During an official visit to Saudi Arabia on Wednesday, UK Prime Minister Boris Johnson toured the SABIC Plastics Application Development Center, according to a statement released to the media.

Lord Grimstone, the UK Minister for Investment, and Neil Crompton, the British Ambassador to Saudi Arabia, were among the British leader’s delegation.

SABIC is a Saudi-owned chemical manufacturing business, with Saudi Aramco owning at least 70% of its shares.

“The Prime Minister’s visit to one of our premier global innovation sites is definitely a great time for us,” SABIC chairman Khalid al-Dabbagh said of the visit. Our relationship with the UK business community has been long-standing, and it is still growing at every level.”

SABIC UK Petrochemicals Limited, based in the Wilton Centre in Teesside, has developed a presence in the UK.

It also operates manufacturing and storage facilities in three other locations across the United Kingdom.

SABIC’s Thornaby factory, according to the company, is the only one in the world that makes Verton long glass fiber compounded goods. It’s an important part of the transportation industry.