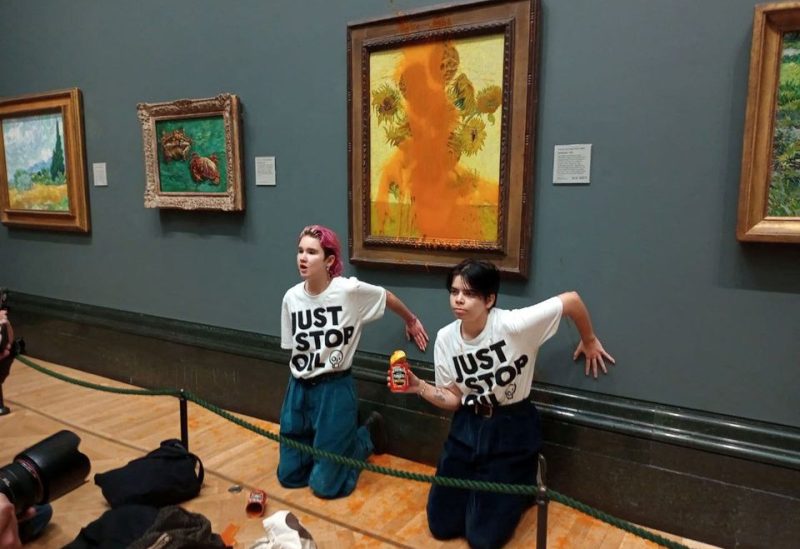 Activists of "Just Stop Oil" glue their hands to the wall after throwing soup at a van Gogh's painting "Sunflowers" at the National Gallery in London, Britain October 14, 2022. Just Stop Oil/Handout via REUTERS

A video posted by the Just Stop Oil campaign group, which has been holding protests in the British capital for the last two weeks, showed two of its activists on Friday throwing tins of Heinz tomato soup over the painting, one of five versions on display in museums and galleries worldwide.

The gallery said the incident had caused minor damage to the frame but the painting was unharmed. It later went back on display.

Another activist will also appear in court accused of damaging the sign outside the New Scotland Yard police headquarters in central London.

Police said in total 28 people had been arrested during protests on Friday.