Ukraine asks France to prove its love with weapons 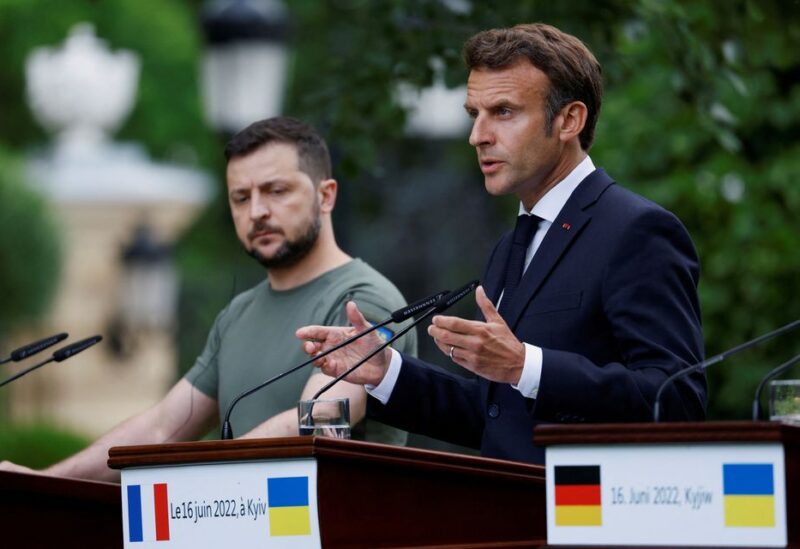 Romantic gestures can take many forms… On Wednesday, Ukraine’s defense ministry posted a video on social media aimed at gently nudging France to show its love through weapon supplies, following repeated criticism that Paris has not done enough.

However, a wave of attacks on Ukrainian cities has raised the stakes, with Kyiv demanding its partners provide more supplies, including air defence systems – something Paris has been unwilling to do so far.

Wednesday’s clip made clear to France that it wanted more than just words and promises.

“Romantic gestures take many forms,” images on the video read as the classic “Je t’aime moi non plus” (I love you … me neither), the suggestive and once-censored song that Serge Gainsbourg recorded with then-lover Jane Birkin, played in the background.

The images intertwine lovers holding hands in Paris, chocolates, roses and Macron smiling with Zelenskiy. All with the French-made howitzer cannons in full action on the battlefield.

“But if you really want to win our hearts… nothing beats 155mm heavy self-propelled artillery … Many thanks France. Please send us more!”

France’s defence ministry announced on Tuesday that it was boosting its support on NATO’s eastern flak by sending more tanks to Romania, Rafale fighter jets to Lithuania and infantry to Estonia. It said nothing about Ukraine.

Macron is due to be interviewed on national television Wednesday evening, during which diplomatic sources have said he may outline details of his proposed new support.

France does have the SAMP/T (Mamba) surface-to-air defence system, although quite how many it could provide is unclear. It deployed one such system to Romania in May.

“We have not had any answers from France to our requests on this,” Vadym Omelchenko, Ukraine’s ambassador to France, told reporters on Monday.