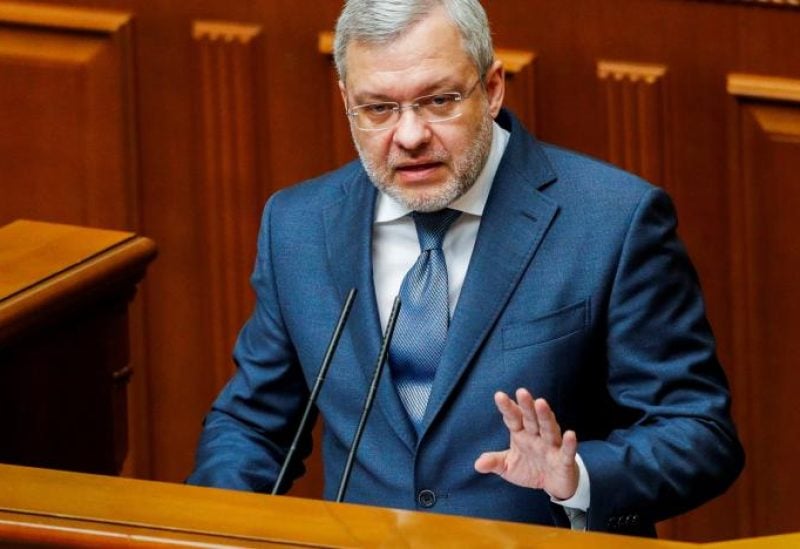 The international gathering hosted by France aims to raise funds to repair Ukraine’s damaged infrastructure as well as highlight the country’s support for Kyiv in its fight against Russia, AFP said.

With at least 40 percent of Ukraine’s energy infrastructure demolished in the past two months, Galushchenko will join the conference to ask for materials and funds to get Ukrainians through the winter.

Speaking to AFP on Monday, he said Russia’s war in Ukraine “completely changes our understanding of nuclear security”, pointing to the capture of the Zaporizhzhia plant as a turning point.

The nuclear plant, located in Ukraine’s east, was seized by Russian troops in March, and shelling has continued around the site.

Despite Western powers and the UN atomic energy agency raising the alarm over safety at the plant — which has six nuclear reactors — talks aimed at demilitarizing the area have stalled.

“Nobody expected that someone could capture a nuclear plant… This situation absolutely pushes us to rethink what we should do from the point of view of safety,” Galushchenko told AFP.

He added that Russia’s seizure of a nuclear plant “destroyed” any semblance of a safety net provided by agreements established by Western countries and the International Atomic Energy Agency (IAEA).

“That’s a question, too, to all the countries of the world,” he said.

“It’s not only a Ukrainian issue of nuclear safety. It means that any missiles which could fly, let’s say, up to 2,000 kilometres, could reach any nuclear reactor.”

His main worry is that a nuclear power plant needs a constant power supply to cool the fuel.

If it gets disconnected, it could be a “classic Fukushima scenario”, Galushchenko said, referring to the 2011 disaster in Japan.

“They shell Ukrainians lines, destroy the lines, then the station starts on diesel generators and it means you are one step ahead of an accident,” he said.

But even after the power lines have been repaired and the electricity supply to the plant resumed, the worrying process begins once more with the start of fresh shelling, Galuschenko said.

“This is a crazy game around nuclear security,” he said.

Since October, Russia has switched tactics and begun airstrikes targeting Ukraine’s energy network — plunging millions into cold and darkness at the onset of winter.

The conference in France will focus on ways in which Ukraine’s Western allies can provide immediate support to keep the country’s civil infrastructure functioning amid incessant bombing.

Ukraine is dependent on nuclear power for more than 50 percent of its electricity.

Despite the alarm over Zaporizhzhia’s situation, the country has no intention of giving up its use of nuclear power, Galushchenko said.

“But we need to think on military threats and that is absolutely new — not even for us, but also as the world, this is something we should think about together,” he told AFP.