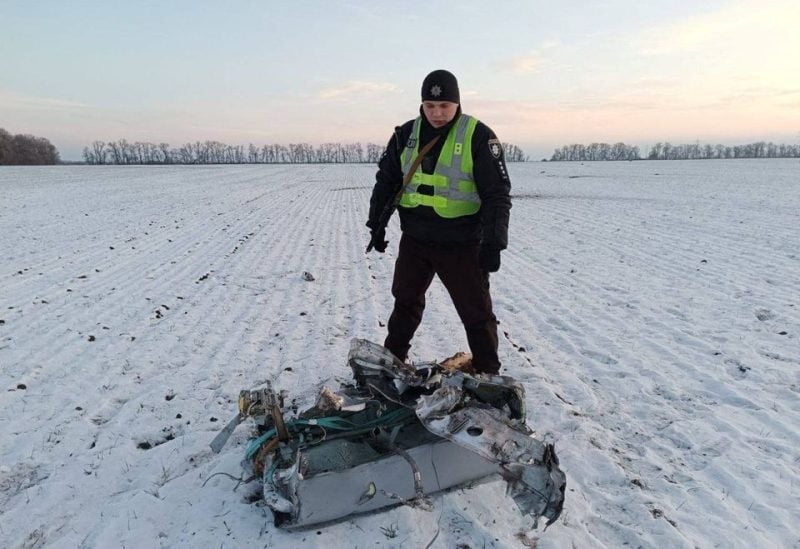 A police officer stands next to a part of a Russian cruise missile shot down by the Ukrainian Air Defense Forces, amid Russia's attack on Ukraine, in Kyiv region, Ukraine December 5, 2022 - REUTERS

On Monday, Russia launched long-range missiles against Ukraine, resulting in the deaths of two people, the destruction of homes in the southeast, and power outages. However, Kiev claimed that the damage had been minimized by its air defenses.

Men, women, and children clustered in the vast metro system of the capital to seek shelter as the most significant round of missile attacks since Russia’s invasion of Ukraine on February 24 as air raid sirens wailed throughout the nation.

Moscow has been targeting Ukraine’s power grid in intense waves of attacks since October, and state energy company Ukrenergo, which operates the national power grid, said more infrastructure had been hit on Monday

Prime Minister Denys Shmyhal later said energy facilities had been hit in the regions of Kyiv, Vinnytsia in west-central Ukraine and Odesa in the south, but that Ukraine’s energy system was still functioning.

The air force said that over 60 of the more than 70 missiles fired at Ukraine had been shot down.

“Our guys are awesome,” Andriy Yermak, head of the Ukrainian presidential staff, wrote on Telegram.

Kyiv, a city of about 3 million people, appeared to have escaped serious damage although the Kyiv region’s governor said 40% of the region’s residents had been left without power after unspecified infrastructure was hit.

After an hours-long air raid alert ended, President Volodymyr Zelenskiy told fellow Ukrainians that air defences had “shot down most of the missiles.” Kyiv officials said nine out of 10 missiles fired at the capital had been shot down.