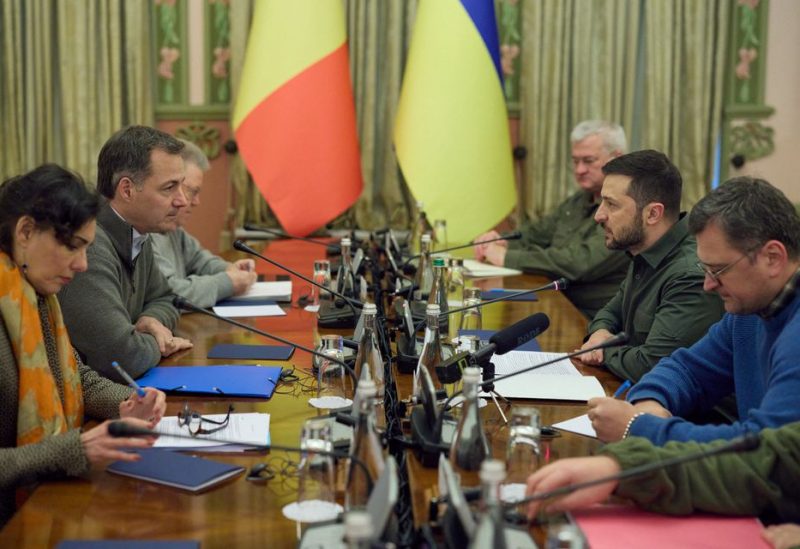 Ukrainian President Volodymyr Zelensky hosted an international summit in Kyiv with the prime ministers of Belgium, Poland, and Lithuania, as well as the president of Hungary, to discuss food security and agricultural exports.

Zelenskiy opened the summit speaking at a panel flanked by his chief of staff and prime minister. French President Emmanuel Macron and European Commission chief Ursula von der Leyen delivered speeches that were shown by video.