Ukraine pushes to retake all land from Russia, calls for Western arms 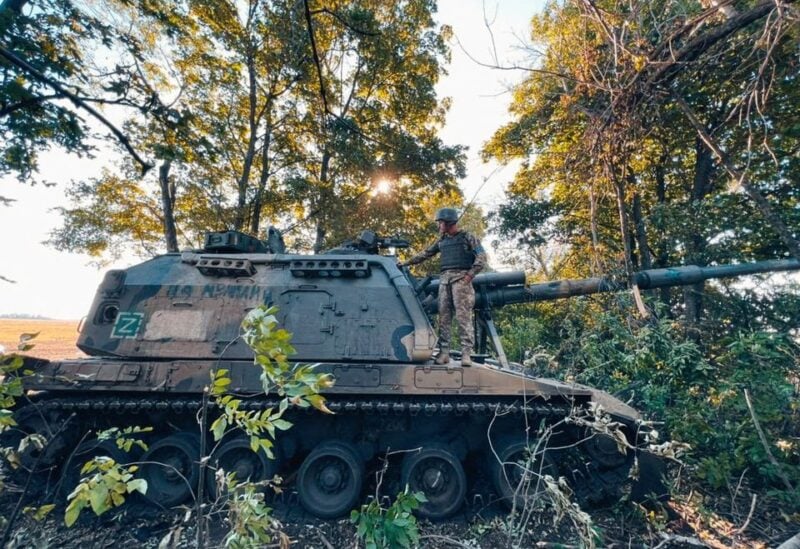 After quickly repelling Russian forces in the northeast of the country, Ukraine declared on Tuesday that it intended to liberate the entire country. However, it urged the West to expedite the delivery of weaponry to support the advance.

Since Moscow gave up its main stronghold in northeastern Ukraine on Saturday, marking its worst defeat since the beginning of the war, Ukrainian troops have recaptured dozens of towns in an astonishing shift in the momentum of the battlefield.

Fighting was still raging in the northeastern Kharkiv region, Deputy Defence Minister Hanna Malyar told Reuters on Tuesday, saying Ukraine’s forces were making good progress because they are highly motivated and their operation is well planned.

“The aim is to liberate the Kharkiv region and beyond – all the territories occupied by the Russian Federation,” she said on the road to Balakliia, a crucial military supply hub recaptured by Ukrainian forces late last week which lies 74 km (46 miles) southeast of Kharkiv, Ukraine’s second largest city.

In a video address late on Monday, Ukraine’s President Volodymyr Zelenskiy said the West must speed up deliveries of weapons systems, calling on Ukraine’s allies to “strengthen cooperation to defeat Russian terror”.

Since Russia’s Feb. 24 invasion, Washington and its allies have provided Ukraine with billions of dollars in weapons that Kyiv says have helped limit Moscow’s gains.

The Ukrainian military did not report any fresh advances on Tuesday, saying Russian forces were shelling parts of Kharkiv region retaken by Ukraine and attacking further south in Donetsk region, which Moscow is trying to seize for separatist proxies.

Ukraine had repelled the Donetsk region attacks, its general staff report said, while Denis Pushilin, head of the separatist Donetsk People’s Republic, said its forces were repelling Ukrainian attacks and he believed the situation would improve.

Serhiy Gaidai, Ukrainian governor of the neighboring Luhansk region, which Moscow has seized, said a major Ukrainian offensive may be expected there on Tuesday.

Reuters could not immediately verify the battlefield reports.

A senior U.S. military official said earlier that Russia had largely ceded territory near Kharkiv in the northeast and pulled many of its troops back over the border.

A Moscow-based diplomat expressed caution over the next steps.

“I’m encouraged by the progress of the Ukrainian advance in Kharkiv but we shouldn’t get ahead of ourselves,” the diplomat said on condition of anonymity, saying a key question was whether Ukrainian forces would be able to move into Luhansk region.

“So a significant moment but not yet the beginning of the end,” the diplomat said, adding that it would be interesting to see the impact on Russian morale in the south around Kherson, where Ukraine’s advance had so far been slow.

“What they have done is very methodically planned out and of course it’s benefited from significant support from the United States and many other countries in terms of making sure that Ukraine has in its hands the equipment it needs to prosecute this counteroffensive,” Blinken said during a news conference in Mexico City.

Washington announced its latest weapons programme for Ukraine last week, including ammunition for HIMARS anti-rocket systems, and has previously sent Ukraine NASAMS surface-to-air missile systems, which are capable of shooting down aircraft.

Zelenskiy said Ukraine had recaptured roughly 6,000 square km (2,400 square miles) of territory, double what officials had cited on Sunday. The recaptured land is nevertheless a sliver of Ukraine’s overall land mass of around 600,000 square km, approximately equivalent to the combined area of the West Bank and Gaza.

After being pushed back from the capital Kyiv, Russia has taken control of around a fifth of Ukraine during six months of conflict that has killed tens of thousands of people and decimated cities.

“First, Russia fights against civilians, so critical infrastructure facilities protection with air defense is obligatory. Second, Luhansk/Donetsk liberation will cause domino effect, collapse ru-frontline and lead to political destabilization. It is possible. Weapons required,” he wrote on Twitter.

Russia denies targeting civilians, saying that what it calls its “special military operation” in Ukraine is designed to degrade its neighbor’s military.

‘HANGING BY A THREAD’

Shelling around the Russian-held Zaporizhzhia nuclear power plant has sparked grave concerns about the risk of radioactive catastrophe. The U.N. atomic watchdog has proposed the creation of a protection zone around the nuclear plant, Europe’s largest, and both sides are interested, IAEA chief said.

“We are playing with fire,” Rafael Grossi told reporters.” We can not continue in a situation, where we are one step away from a nuclear accident. The safety of the Zaporizhzhia power plant is hanging by a thread.”