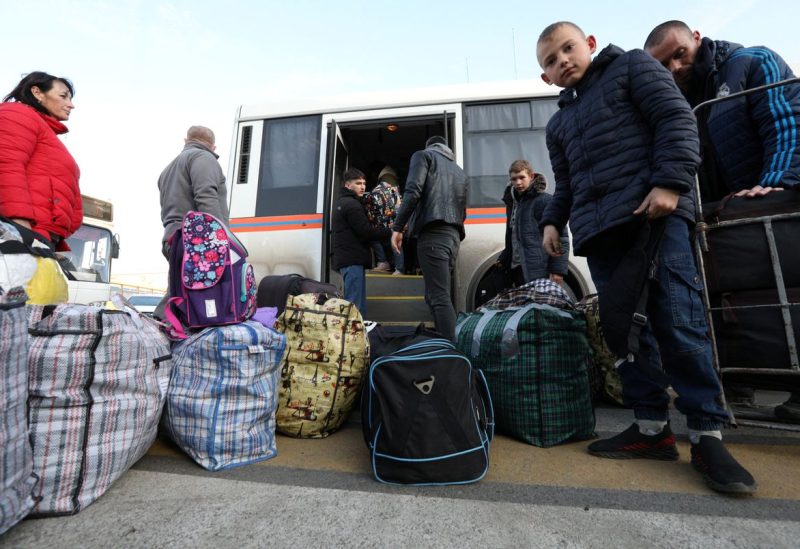 Civilians evacuated from the Russian-controlled Kherson region of Ukraine get off a bus as they arrive at a local railway station, after Russian-installed officials extended an evacuation order to the area along the eastern bank of the Dnipro River, in the town of Dzhankoi, Crimea November 2, 2022. REUTERS/Alexey Pavlishak

In honor of the liberation of the southern city of Kherson, Ukrainian railways provided symbolic tickets to the cities still under Russian control on Sunday, pledging that the tickets could be used once the places were freed.

After Russia abandoned the sole regional capital, it had occupied since its invasion began in February, jubilant citizens welcomed Ukrainian troops as they arrived in the center of Kherson on Friday.

“Today you can order tickets for the first three trains from Kyiv to five cities: already de-occupied Kherson, as well as Mariupol, Donetsk, Luhansk and Simferopol,” the railway operator said on telegram messaging apps.

Mariupol, a port on the Sea of Azov and a heart of Ukrainian metallurgy industry, was occupied by Russian forces in May after a nearly four-month siege.

Two largest cities in eastern Ukraine, Donetsk and Luhansk, came under the control of pro-Russian separatists in 2014, while Simferopol is the second-largest city on the Crimean peninsula, which Russia annexed from Ukraine in 2014.