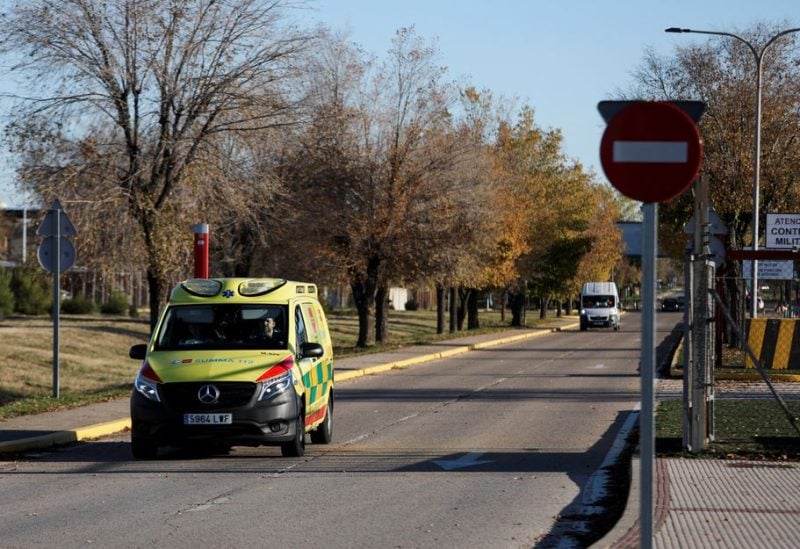 A ambulance is seen coming out of the Air Force base of Torrejon de Ardoz after a suspected explosive device hidden in an envelope was mailed to the base, in the wake of two others sent to targets connected to Spanish support of Ukraine, amidst Russia’s invasion of Ukraine, outside Madrid, Spain December 1, 2022.

This came in a statement on the Facebook page of the General Staff of the Armed Forces of Ukraine.

In the last 24 hours, Russia has carried out five missile strikes, about 20 air strikes and more than 60 rocket launcher attacks, the Ukrainian General Staff of the Armed Forces added.

The country’s energy system and critical infrastructure continue to be under the threat of attacks.