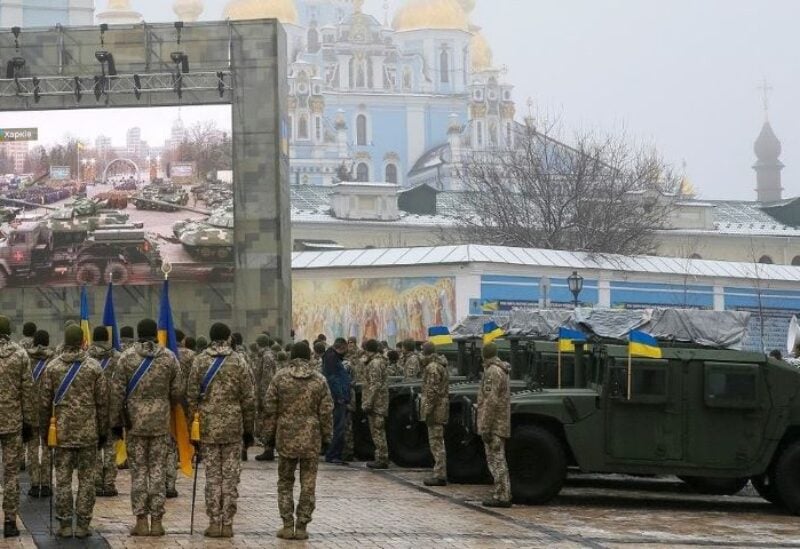 Russian state-run news agency Interfax reported Monday, that Moscow will hold urgent talks with Ukraine, Germany and France this Thursday under the Normandy format.
The renewed diplomatic effort comes amid heightened tension as Moscow has amassed tens of thousands of troops on Ukraine’s borders, according to US and Ukrainian officials.
The US and allies have warned Russia of high costs of any further incursions into Ukrainian territory beyond the pro-Russian proxy forces in the Donbass region of eastern Ukraine currently.
The Normandy format received its name after representatives of all four nations, Russia, Ukraine, Germany and France met in Normandy, France on July 6, 2014 for the first time following the eruption of the conflict in eastern Ukraine.
Dmitry Kozak, the deputy head of the Russian presidential administration, will host the talks, the first to occur under the Normandy format since 2019.
The German government is to send Jens Plötner, a foreign policy advisor to German Chancellor Olaf Scholz.
Plötner will travel to Moscow this week, government spokesman Steffen Hebestreit said.
Hebestreit declined to comment on a newspaper’s report regarding the possibility of Scholz meeting Russian President Vladimir Putin this month.
Paris will dispatch Emmanuel Bonne, an advisor to French President Emmanuel Macron.
It is not yet known who will represent Ukraine.
German Foreign Minister Annalena Baerbock will travel to Washington this Wednesday where she will meet with US Secretary of State Antony Blinken. They will discuss the conflict between Russian and Ukraine among other topics of trans-Atlantic interest.
It is Baerbock’s first trip to Washington as Germany’s top diplomat though she previously met Blinken at the G7 foreign ministers meeting in Liverpool, England.
Germany along with its allies have issued various warnings to Russia about the high cost of any further incursions into Ukrainian territory.