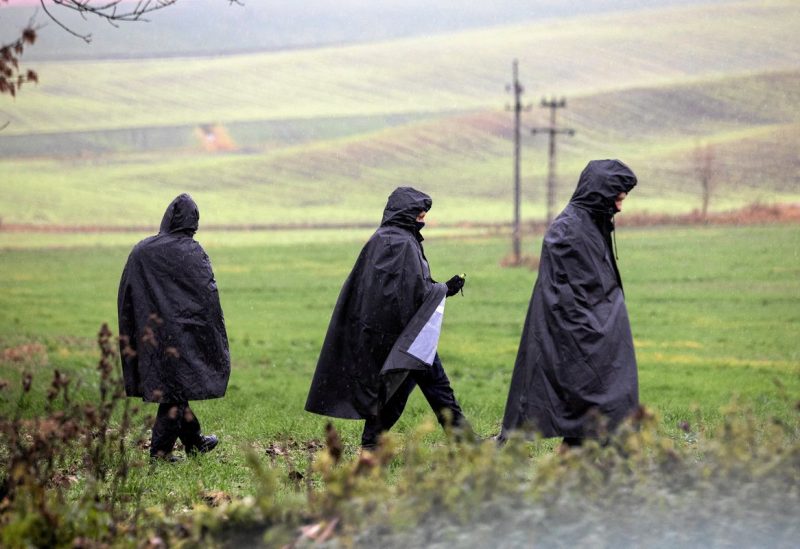 Police officers walk near the site of an explosion in Przewodow, a village in eastern Poland near the border with Ukraine, November 16, 2022. Jakub Orzechowski/Agencja Wyborcza.pl via REUTERS

The Polish president’s senior foreign policy advisor said on Thursday that Ukraine is likely to be granted access to the site in southeast Poland where a missile killed two people, following Kyiv’s demand for access to the blast site.

In order to gain access to the explosion site, the United States and Poland, the two countries leading the inquiry, would need to agree, according to Polish President Andrzej Duda on Wednesday.

Warsaw says the explosion was most likely caused by a Ukrainian air defence missile that went astray, something Kyiv denies.

“The Ukrainians asked for access to the site of the investigation. If both parties agree, and as far as I know there will be no objection from the American side, such access could be obtained soon.”

The Head of Poland’s National Security Bureau, Jacek Siewiera, also told private broadcaster RMF FM that as far as he was aware Duda was not opposed to having Ukrainian observers at the scene.

Kumoch said that Poland had video evidence regarding the blast.

“There are indeed film materials, I would not like to talk about the content of the film materials that I saw in classified mode, but of course the prime minister gave such information, such materials exist,” Kumoch said.

“These are our normal photos from the border, where you can see certain things. You see shots over Ukraine, fighting over Ukraine, and at some point, in a very short time, you see a certain sequence of events,” he added.

Kumoch did not provide any other details. He said that he wanted the Ukrainians to get acquainted with these materials first, in contact with those conducting the investigation.