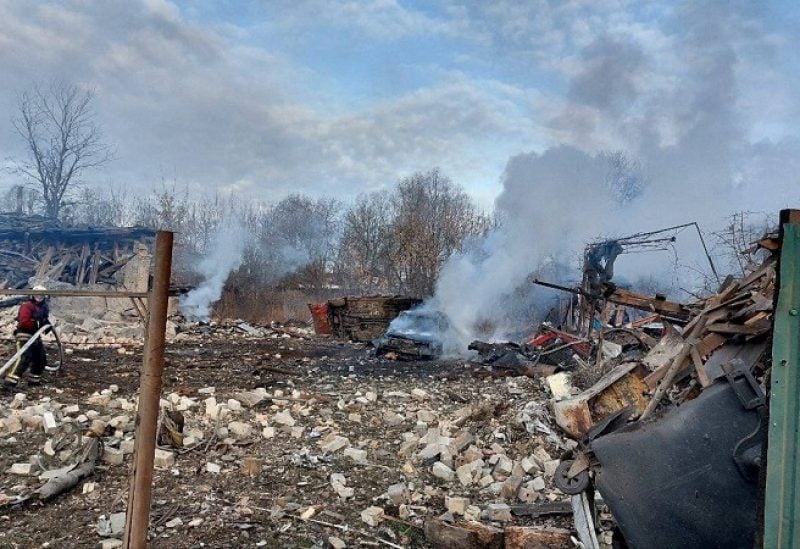 Rescuers work at a site of private houses heavily damaged by a Russian missile strike, amid Russia's attack on Ukraine, in Kyiv, Ukraine December 29, 2022. Ukrainian Presidential aide Kyrylo Tymoshenko via Telegram/Handout via REUTERS ATTENTION EDITORS - THIS IMAGE HAS BEEN SUPPLIED BY A THIRD PARTY. NO RESALES. NO ARCHIVES. MANDATORY CREDIT.

In one of Russia’s largest missile attacks against Ukraine since the start of the war, a Ukrainian S-300 missile reportedly fell onto Belarusian soil on Thursday, according to the state-run BelTA news agency.

The Belarusian air defense systems may have shot down the rocket, according to the Minsk defense ministry, which was looking into the matter.

BelTA said the missile that landed in Belarus had come from Ukrainian territory. It published a photo of what it said were parts of a S-300 missile lying in an empty agricultural field.

BelTA said there was no information about casualties.

The S-300 is a Soviet-era air defence missile that is used by both Russia and Ukraine. In November, an S-300 believed to have been fired by Ukrainian air defenses landed in Poland.

Kyiv has used the system to intercept incoming Russian missiles, while Russia has appeared to use repurposed S-300 missiles to attack ground targets – something that military analysts say could be a sign that its missile stocks are dwindling.

Belarus allowed Moscow to use its territory as a launchpad for the invasion of Ukraine in February, but has insisted that it is not participating in the war, and will not participate.