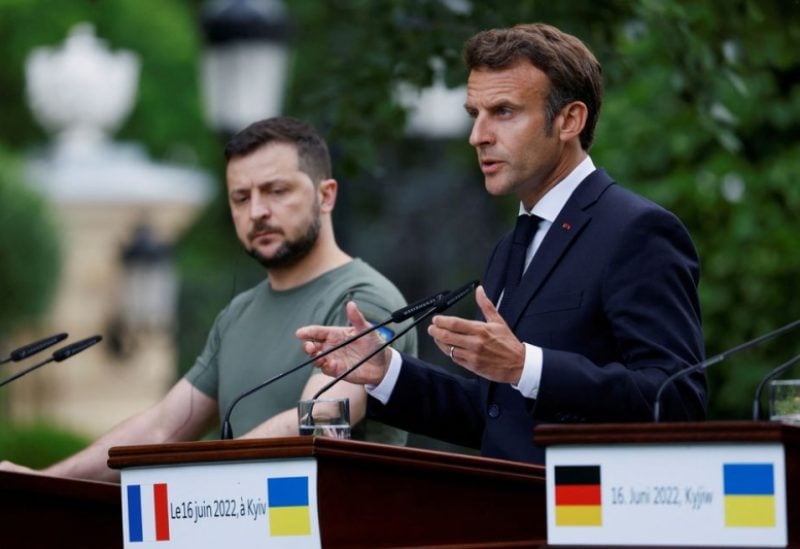 Discussing the implementation of his 10-step peace plan formula to end the war with Russia, Ukrainian President Volodymyr Zelenskyy on Sunday spoke to his French counterpart Emmanuel Macron.

“Had a phone call with French President Emmanuel Macron. Synchronized positions on the eve of G7 online summit and Ukraine support conference in Paris. Discussed the implementation of our ten-step peace formula, cooperation on defense and energy stability of Ukraine,” Zelenskyy said on Twitter.

For his part, Macron said he and Zelenskyy spoke on two separate conferences France is hosting on Tuesday: one to meet Ukraine’s needs through the winter months, and a second with French companies involved in the war-torn country’s reconstruction.

“Ukraine will be able to count on the support of France for as long as it takes to see its sovereignty and territorial integrity fully restored,” Macron added.

On Nov. 1, following a phone call with Zelenskyy, Macron said he will mobilize international support for Ukraine on Dec. 13 in Paris.

Zelenskyy virtually addressed the G-20 summit in Bali last month, and proposed a 10-step peace plan that includes the release of prisoners and withdrawal of Russian troops from Ukraine.