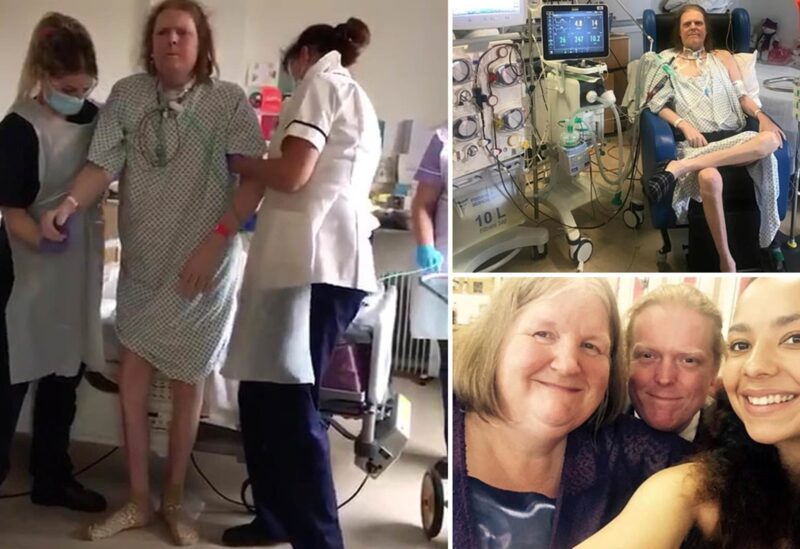 A COVID-19 survivor thought to be Britain’s longest-suffering patient has been left vomiting every day, the Mail reported on Friday.

49-year-old Jason Kelk, a primary school IT teacher from Leeds, was rushed to hospital with a chest infection last April, which turned out to be COVID-19.

Kelk, who has not left the hospital since, was transferred to intensive care and hooked up to a ventilator just 48 hours later.

But the damage wrought by the virus to his stomach has reportedly left him with gastroparesis, causing him to suffer regular vomiting bouts. He is also still unable to walk unaided.

It is not clear whether he is definitely the longest suffering COVID-19 patient in the country, but Leeds Live has given him this title.

“Long Covid” — which includes breathlessness, muscle pains and brain fog — strikes around 1 in 10 people who suffer the disease, according to estimates. More severe cases are much rarer.

Kelk’s wife Sue, 63, said he has made “huge strides” over the past two months, with doctors taking him off his ventilator earlier in April.

On a fundraiser website set up to buy a television for his room, Ms Kelk said: “He has been off the ventilator for four weeks… but we have an unknown amount of time (until he can come home).

“Jason still has a tracheostomy (opening in the neck for a ventilator tube) and continues to vomit every day.”

“His kidneys and lungs had almost been completely destroyed and he has developed suspected gastroparesis (when the stomach cannot empty normally),” she added to Leeds Live.

NHS England’s website says the condition is sparked by food not emptying properly from the stomach, leading to the vomiting.

They add there is “no obvious cause” for the condition, but it can be linked to complications with surgery and type 2 diabetes, which Mr Kelk suffers from.