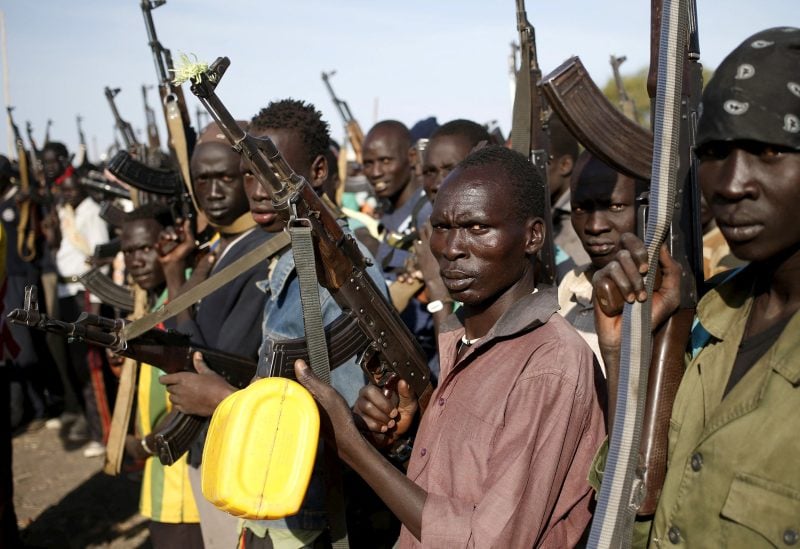 Around 30,000 civilians have been driven from their homes by armed raids in an area of South Sudan where there have been ethnic hostilities, the UN’s emergency response agency reported on Thursday as foreign allies demanded a halt to the carnage.

In a statement, the UN’s Office for the Coordination of Humanitarian Affairs (OCHA) reported that on December 24, armed individuals from the eastern part of Jonglei state—a place plagued by gun violence—attacked towns in the vicinity of the Greater Pibor Administrative Area.

“People have suffered enough. Civilians, especially those most vulnerable — women, children, the elderly and the disabled — bear the brunt of this prolonged crisis,” said Sara Beysolow Nyanti, the UN humanitarian coordinator in South Sudan.

Some 5,000 people have sought shelter in Pibor town, OCHA said, adding that the humanitarian response was severely stretched.

The clashes in Upper Nile state have also seen villagers seek shelter in swamps to escape the bloodshed, amid reports of civilians being raped, kidnapped or murdered.

International partners including the United Nations Mission in South Sudan (UNMISS) and the regional IGAD bloc, said in a joint statement Thursday that they were “gravely concerned” by the escalating violence.

They called on South Sudan’s leaders to step in, stressing “the need to investigate and hold accountable all perpetrators of the conflict, including those who are instigating and inciting violence.”

One of the poorest countries on the planet despite large oil reserves, South Sudan’s leadership has faced fierce criticism for failing its people and stoking violence.

Western powers including the United States and European Union said this month that South Sudan’s leaders bore responsibility for the deadly clashes.

Since achieving independence from Sudan in 2011, the world’s newest nation has lurched from one crisis to another, including a brutal five-year civil war between forces loyal to President Salva Kiir and his deputy Riek Machar that left nearly 400,000 people dead.

A peace deal was signed in 2018 but sporadic bursts of violence between government and opposition forces continue to occur, while conflict between rival ethnic groups in lawless parts of the country exacts a terrible toll on civilians.