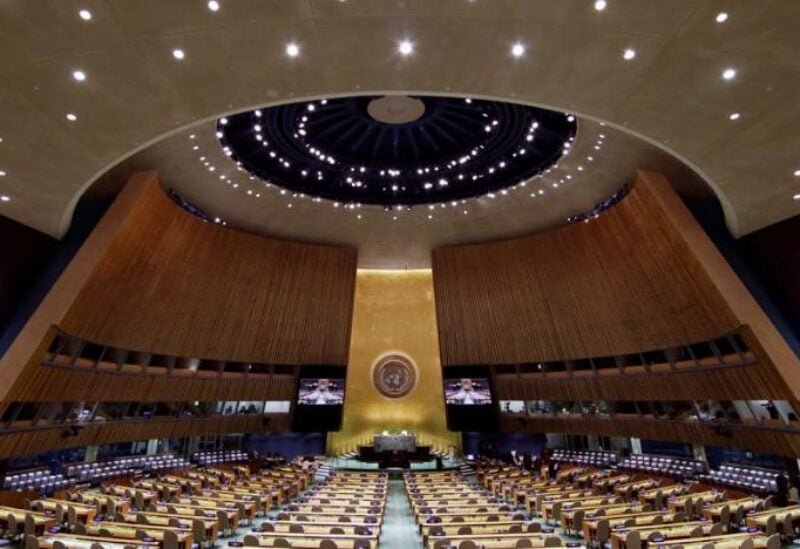 The UN General Assembly on Thursday overwhelmingly approved a resolution blaming Russia for a humanitarian crisis in Ukraine and urging an immediate cease-fire and protection for millions of civilians and the homes, schools and hospitals critical to their survival.

The vote on the resolution was 140-5 with only Belarus, Syria, North Korea and Eritrea joining Russia in opposing the measure. There were 38 abstentions, including China.

The resolution deplored Russia’s shelling, airstrikes and “besiegement” of densely populated cities, including the southern city of Mariupol, and demanded unhindered access for humanitarian aid.

The vote was almost exactly the same as on the March 2 resolution the assembly adopted demanding an immediate Russian cease-fire and withdrawal of all its forces and demanding protection for all civilians and infrastructure indispensable to their survival. That vote was 141-5 with 35 abstentions.

When the result of the vote was announced, many diplomats in the General Assembly chamber burst into applause.