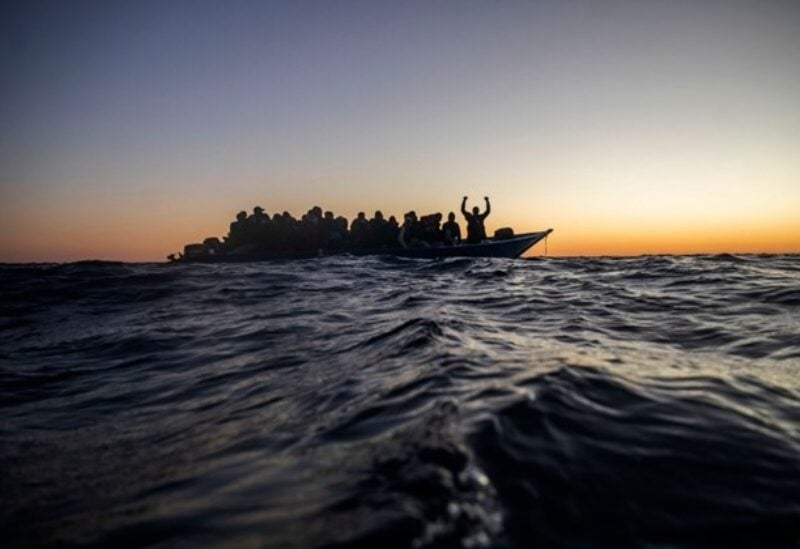 In this Friday, Feb. 12, 2021 file photo, migrants and refugees from different African nationalities wait for assistance on an overcrowded wooden boat, as aid workers of the Spanish NGO Open Arms approach them in the Mediterranean Sea, international waters, at 122 miles off the Libyan coast.

CAIRO: A boat carrying dozens of Europe-bound migrants capsized off Libya’s coast, drowning 2 women and 3 children, a U.N. official reported on Wednesday. It was the latest maritime mishap involving migrants looking for a better life in Europe.

The incident occurred late Tuesday, said Safa Msehli, spokesman for the International Organization for Migration. A fishing boat and Libya’s coast guard managed to rescue some 77 migrants and returned them to shore, she said.

Msehli said a total of 400 migrants were intercepted and returned to Libya late Tuesday. They were taken to detention centers in the North African country.

At least 480 migrants were intercepted and returned to Libya over the weekend, according to the IOM.

Tuesday’s deadly incident was the latest along the Central Mediterranean migration route. Over 55 migrants were reported dead last month off Libya.

Libya has emerged as the dominant transit point for migrants fleeing poverty and war in the Middle East and Africa. The oil-rich country plunged into chaos following a NATO-backed uprising that toppled and killed longtime ruler Moammar Gadhafi in 2011.

Smugglers often pack desperate families into ill-equipped rubber boats that stall and founder along the perilous Central Mediterranean route. Over the last several years, hundreds of thousands of migrants have reached Europe either on their own or after being rescued at sea.

Thousands have drowned along the way. Others were intercepted and returned to Libya to be left at the mercy of armed groups or confined in squalid detention centers that lack adequate food and water, according to rights groups.