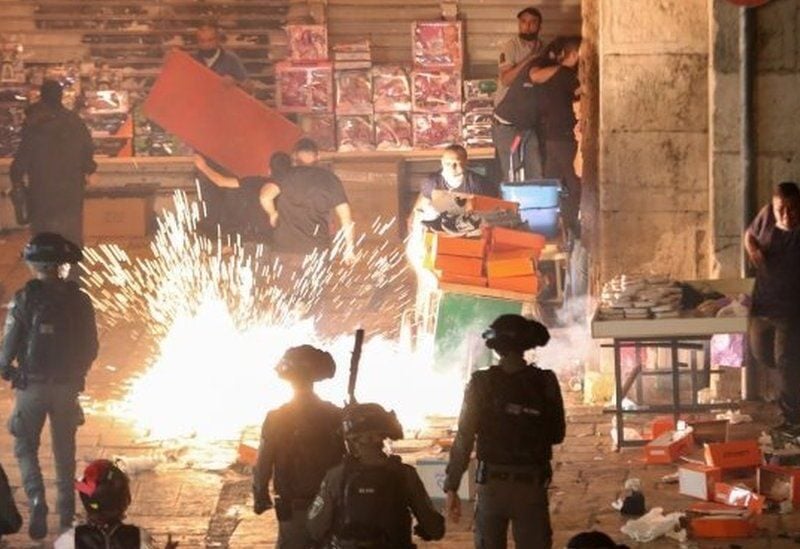 Guterres issued the statement as Israeli police faced off with Palestinian protesters early Sunday in another night of clashes in east Jerusalem, a day before Israeli nationalists planned to parade through the Old City in an annual flag-waving display meant to cement Israeli claims to the contested area.

“The Secretary-General expresses his deep concern over the continuing violence in occupied East Jerusalem, as well as the possible evictions of Palestinian families from their homes,” UN spokesman Stephane Dujarric said in a statement.

“He urges Israel to cease demolitions and evictions.”

Guterres urged that the status quo at the holy sites be upheld and respected, Dujarric said.

The late-night skirmishes raised the likelihood of further clashes Monday during the annual Jerusalem Day celebrations. Israeli police gave the go-ahead to the parade Sunday, despite days of unrest and soaring Israeli-Palestinian tensions at a flashpoint holy site and in a nearby Arab neighborhood where Jewish settlers are trying to evict dozens of Palestinians from their homes.

Addressing a special Cabinet meeting ahead of Jerusalem Day, Prime Minister Benjamin Netanyahu said Sunday that Israel “will not allow any extremists to destabilize the calm in Jerusalem. We will enforce law and order decisively and responsibly.”

“We will continue to maintain freedom of worship for all faiths, but we will not allow violent disturbances,” he said. At the same time, he said, “We emphatically reject the pressures not to build in Jerusalem.”

The United States again expressed its “serious concerns” about the situation in Jerusalem, including clashes between Palestinian worshippers in Jerusalem’s Old City, home to sites sacred by Muslims and Jews, and Israeli police, as well as the expected expulsion of Palestinian families.

Washington made its concerns during a phone call between National Security Adviser Jake Sullivan and his Israeli counterpart. Sullivan urged Israel “to pursue appropriate measures to ensure calm during Jerusalem Day commemorations,” according to a statement by National Security Council spokeswoman Emily Horne.

Jerusalem Day is meant to celebrate Israel’s capture of east Jerusalem, home to the Old City and its sensitive holy sites, in the 1967 Mideast war. But the annual event is widely perceived as provocative, as hard-line nationalist Israelis, guarded by police, march through the Damascus Gate of the Old City and through the Muslim Quarter to the Western Wall, the holiest site where Jews can pray.

This year the march coincides with the Muslim holy month of Ramadan, a time of heightened religious sensitivities, and follows weeks of clashes. That, combined with Palestinian anger over the eviction plan in the nearby Sheikh Jarrah neighborhood, could set the stage for an especially volatile day.

Amos Gilad, a former senior defense official, told Army Radio that the parade should be canceled or at least kept away from Damascus Gate, saying “the powder keg is burning and can explode at any time.” Israel’s public broadcaster Kan said the final route of the parade had not yet been decided.

Israel May Have Committed “War Crimes” In Gaza, According To UN 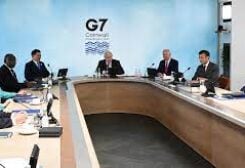