UN condemns Iran’s use of lethal force against Sistan-Baluchistan province. 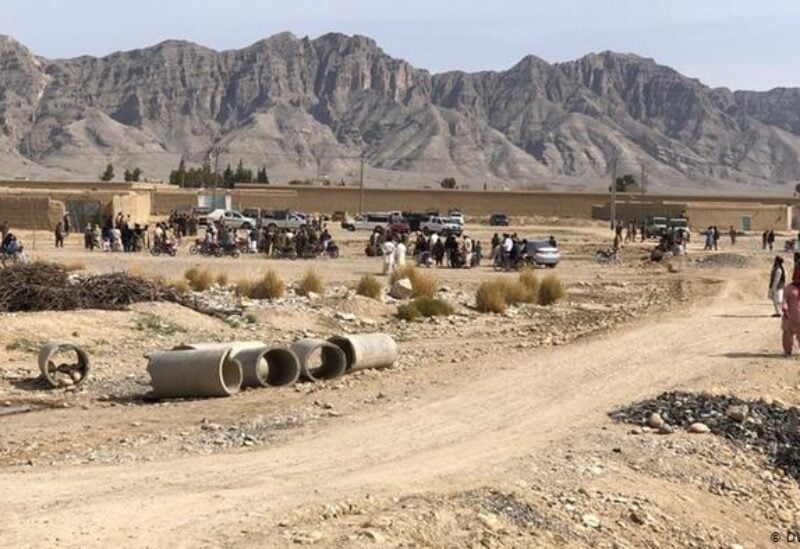 “We condemn use of force violations in recent weeks by the Islamic Revolutionary Guard Corps (IRGC) and state security forces against unarmed fuel couriers and protesters belonging to the Baluch minority,” said Rupert Colleville, spokesperson for the UN High Commissioner for Human Rights.

The Feb. 22 killing of “at least 12 individuals, including at least two minors,” on the Iran-Pakistan border sparked a “series of violent events and unrest,” he added.

In the days following the border killings, protesters across cities in Sistan-Baluchistan sacked government and IRGC buildings and clashed with security forces.

Colleville said due to the “widespread shutdown of internet access across several cities” in the province, it has been difficult to confirm the exact number of protesters killed.

The UN estimates that up to 23 people could have been killed, while sources with links inside Iran told Arab News at the time that the violence could have claimed as many as 40 lives.

“We deplore the systematic intentional use of lethal force by Iranian border officials, especially against border couriers from the Kurdish and Baluch minorities,” Colleville said.

Iranian Kurds, too, have faced violence at the hands of the regime. “During 2020, a total of 59 Kurdish couriers were reported to have been killed by border officials in provinces in the north-west of Iran,” Colleville said.

“We call for prompt, impartial and full investigations into all such killings, and accountability for those found to be responsible for unlawful use of force leading to death or serious injury. Victims and their families have the right to truth and redress.”

Iran has long been criticized for its treatment of various ethnic minorities. According to Amnesty International, “ethnic minorities, including Ahwazi Arabs, Azerbaijani Turks, Baluchis, Kurds and Turkmen” face “entrenched discrimination, curtailing their access to education, employment and adequate housing.”

Aside from systemic economic and social disadvantage, they also find themselves at the sharp end of Iran’s much-maligned judicial and penal system, according to Diana Eltahawy, Amnesty’s deputy director for the Middle East and North Africa.

She said last month that she had “serious concerns that the authorities are using the death penalty to sow fear among disadvantaged ethnic minorities, as well as the wider population.”

She added: “The disproportionate use of the death penalty against Iran’s ethnic minorities epitomizes the entrenched discrimination and repression they have faced for decades.”