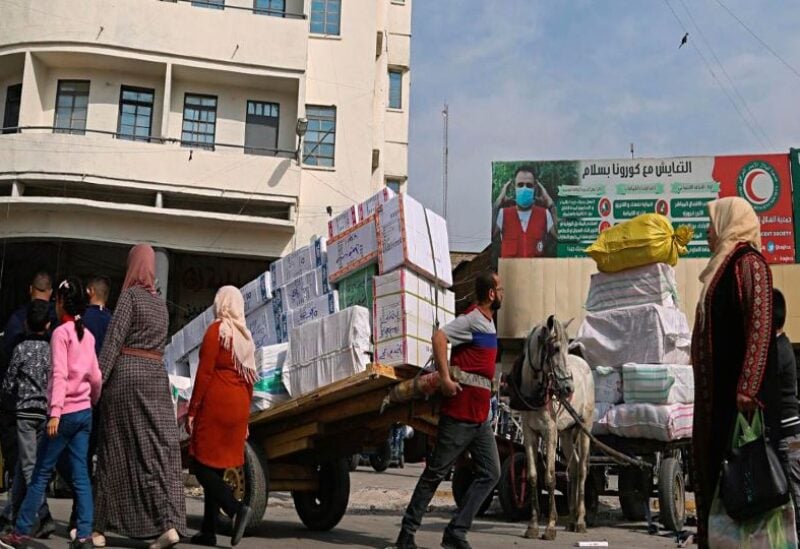 Iraq’s obligation to compensate victims of its 1990 invasion of Kuwait was lifted by the United Nations Security Council on Tuesday, with Baghdad having paid out more than $50 billion to 1.5 million claimants.

After the decision, Michael Gaffey, Ireland’s ambassador to the United Nations in Geneva and president of the UN Compensation Commission’s governing board, said the body’s work was a “historic victory for the United Nations and for effective multilateralism.”

“In the end, 2.7 million claims requesting $352 billion in compensation were submitted to the commission,” he said, adding that the $52.4 billion paid to 1.5 million claimants “represents approximately 15% of the overall claims.”

Iraq was compelled to set aside a percentage of earnings from its oil exports for the fund to compensate victims of the battle under a Security Council resolution passed in April 1991, after a UN-led coalition destroyed Saddam Hussein’s forces and liberated Kuwait in the first Gulf War.

In acknowledgment of better relations with Kuwait, the council resolved in 2013 to cease the possibility of military enforcement of many criteria imposed on Iraq after the invasion. On January 13, the threshold for Iraq’s final payment was three percent.

According to Gaffey, the governing council reached a final judgment on February 9 announcing that Iraq’s government had met its international duties to compensate for losses and damages incurred as a direct result of the war.

He said the fund’s governing board prioritized claims from people forced to flee Iraq or Kuwait, those who were injured or whose spouse, child, or parent died, and those who lost up to $100,000 in personal property. He described the humanitarian judgement as “a watershed moment in the evolution of international claims practice.”

Companies and businesses, on the other hand, received funds. Kuwait Petroleum Corporation was awarded $14.7 billion in damages for oil production and sales losses caused by damage to the country’s oil resources during the Iraqi invasion and occupation in 1990-91.

Iraq has fulfilled its international obligations, according to the Security Council resolution, which states that “Iraq is no longer required to deposit a percentage of proceeds from export sales of petroleum, petroleum products, and natural gas into the fund,” and that the commission’s claims process “is now complete and final, and that no further claims shall be made to the commission.”

The commission’s mandate was revoked by the council in 1991, and it was told to resolve remaining issues so that it may disband by the end of 2022.

Iraqi Foreign Minister Fuad Hussein told the council that his country had completed “an important 30-year chapter in its diplomatic, political, and economic journey” and is now embarking on a new one.

Kuwaiti Ambassador Mansour al-Otaibi praised the resolution’s unanimous ratification and praised the council for “such a historic achievement in relation to its compensation operations.”

According to Al-Otaibi, establishing compensation and resolving the impact of aggression “are crucial to creating confidence, reconciliation, and removing any residual difficulties that may stand in the way of restoring and forging relations and attaining mutual objectives of the states concerned in the future.”