UN Envoy warns against return of War in Ethiopia 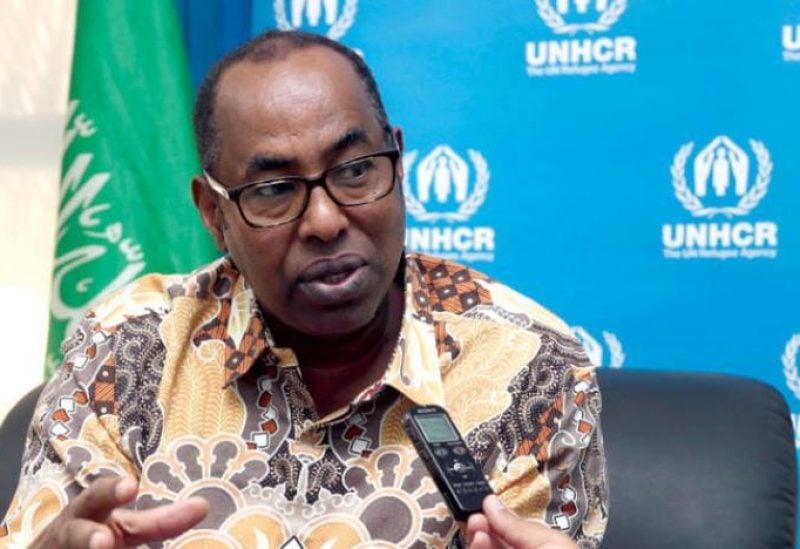 UNHCR Special Envoy for the Horn of Africa Mohammed Abdi Affey has warned the Ethiopian parties against a return to fighting between the government and the Tigray People’s Liberation Front (TPLF), saying any such move could cause a humanitarian catastrophe.

Affey announced there were 103 million displaced persons and refugees, including 25 million in Africa, stressing the urgent need for $40 million in aid to help the displaced and Somali refugees.

During an interview with Asharq Al-Awsat, the UN official stressed the need to end the war, warning that it would create the worst humanitarian disaster in the region.

Affey hoped international partners would follow the lead of Saudi Arabia in the generous partnership to save the tragic humanitarian situation, describing the Kingdom as the “best partner in humanitarian aid globally.”

He called on the international community to play an influential role in ending the war in Ukraine and the countries of the Horn of Africa.

Saudi Arabia is at the forefront of humanitarian work:

Affey, who is visiting Riyadh, discussed supporting and assisting displaced persons and refugees with officials of the King Salman Humanitarian Aid and Relief Center, Assistant State Minister for African Affairs Sami al-Saleh, the Secretary-General of the Organization of the Islamic Cooperation, and the President of the Islamic Development Bank in Jeddah.

The world currently has 103 million displaced persons and refugees, 25 million in Africa, said the UN official.

He pointed out that Sudan hosts more than one million refugees from South Sudan, Ethiopia, Chad, Somalia, Central Africa, and Eritrea.

He extended his gratitude to Saudi Arabia for its influential partnership and substantial efforts, noting the support of Saudi institutions that provide a suitable environment for the refugees.

Affey noted that he discussed with Saudi officials the possible solutions to the current situation in the Horn of Africa as the biggest tragic humanitarian challenge facing the region, especially in Somalia.

The situation in Somalia creates pressure on the international organization, with more than 200,000 refugees and displaced persons fleeing to neighboring countries during the past three years.

He asserted that the situation calls for concerted international efforts and humanitarian initiatives, such as Saudi Arabia’s, to alleviate human suffering in the region and Somalia.

He called on international partners to provide support to face global humanitarian challenges during the next few months and relieve the enormous pressure that the international organization is suffering from due to the tragic humanitarian conditions and the ongoing refugee wave in many parts of the world, including the Horn of Africa.

The consequences of the ongoing conflict in the Horn of Africa:

The UN official stressed that one of the challenges currently facing the international agency included the raging conflict in the Horn of Africa.

He noted that 65,000 refugees arrived from Ethiopia in Sudan, and more than two million displaced persons and refugees fled South Sudan to neighboring countries, announcing that UNHCR is working on several projects and agreements with the governments of Sudan and South Sudan.

The UN official stressed the need to implement the relevant clause in the Juba Peace Agreement, signed by the Sudanese parties.

The agency is currently working with the Intergovernmental Authority on Development (IGAD) and the Sudanese government to find long-term solutions, including sustainable development projects that alleviate the tragic humanitarian conditions of the refugees inside and outside Sudan and South Sudan.

The African Union plays a significant role in sponsoring the Juba Peace Agreement, said Affey, adding that the UNHCR is delighted to achieve positive results to correct the humanitarian situation in the region.

He lauded the efforts of the Ethiopian parties to stop the war and prioritize dialogue to confront the humanitarian conditions of refugees and displaced persons in Ethiopia and neighboring countries.

Somalia needs $40 billion to deal with the tragic situation amid a lack of support and aid provided to the government.