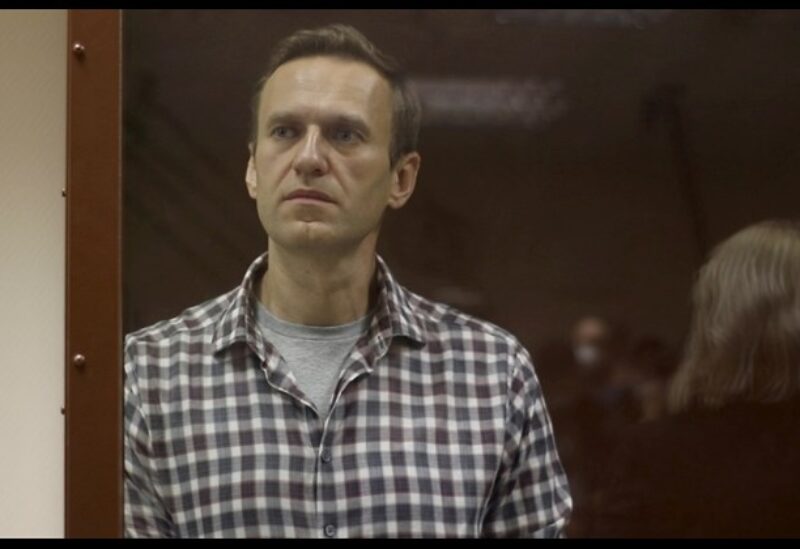 GENEVA: Two UN human rights experts called Monday for an international investigation into the poisoning of Kremlin critic Alexei Navalny, and demanded his “immediate release” from a Russian penal colony.

Agnes Callamard, the UN’s special rapporteur on extrajudicial, summary and arbitrary executions, and Irene Khan, the top expert on freedom of opinion and expression, stressed the importance of finding the truth about the “sinister poisoning” and ensuring accountability.

President Vladimir Putin’s most prominent opponent was sentenced last month to two-and-a-half years in a penal colony for violating parole terms while in Germany recovering from a poisoning attack.

He spent months recovering from the near fatal poisoning with the Soviet-era nerve agent Novichok that he claims was ordered by Putin — a claim the Kremlin has repeatedly denied.

“We believe that poisoning Mr. Navalny with Novichok might have been deliberately carried out to send a clear, sinister warning that this would be the fate of anyone who would criticise and oppose the government,” said the independent UN experts, who are appointed by the UN but do not speak on its behalf.

“Novichok was precisely chosen to cause fear,” they insisted.

The two experts said they had sent a letter to Russian authorities last December, in which they had detailed evidence pointing to “the very likely involvement of government officials in the poisoning, presumably at high level,” but said the Kremlin had yet to respond.

The experts said the attack against Navalny appeared to fall within a wider trend seen over decades of arbitrary killings and attempted killings of government critics.

“This pattern requires an emphatic and persistent response by the international community to protect the fundamental rights to life and freedom of expression at the foundation of international human rights,” they said.

The experts said they and others had for months been demanding that Moscow ensure that a “credible, transparent investigation, respecting international standard, would be conducted,” and that the findings be made public.

They deplored that to date, the government had not seriously investigated the crime.

“Given the inadequate response of the domestic authorities, the use of prohibited chemical weapons, and the apparent pattern of attempted targeted killings, we believe that an international investigation should be carried out as a matter of urgency in order to establish the facts and clarify all the circumstances concerning Mr. Navalny’s poisoning,” they insisted.

“This investigation is especially critical now that Mr. Navalny is being detained by the Russian government and is subject to its control,” they said.

The experts demanded “Navalny’s immediate release,” stressing that the Russian government was responsible for his “care and protection” and would “be held responsible for any harm that may befall him.”