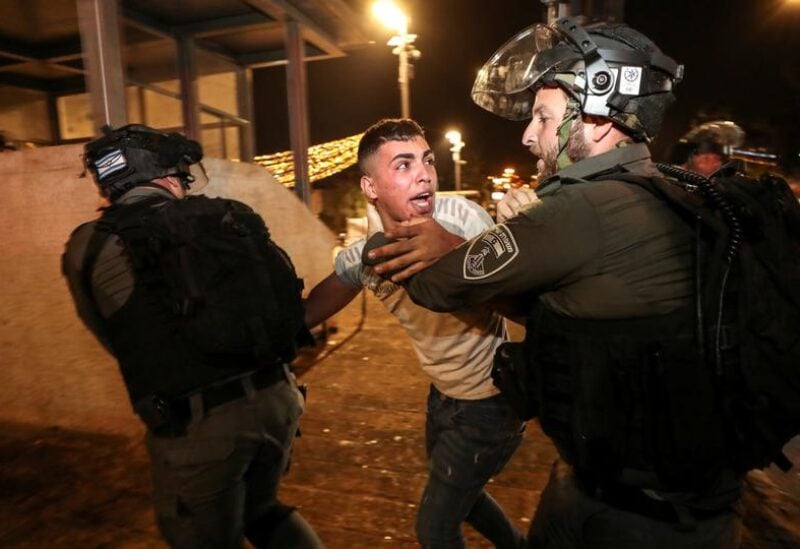 Isaeli raids on Palestinians in Jerusalem

The United Nations has warned that Israel’s forced evictions in occupied East Jerusalem al-Quds could amount to war crimes.

“We call on Israel to immediately call off all forced evictions,” UN rights office spokesman Rupert Colville told reporters in Geneva on Friday.

The Israeli regime has been demolishing Palestinian homes in Sheikh Jarrah neighborhood for the construction of a new settlement outpost.

Based on an Israeli court ruling, some 28 Palestinian families face the threat of forceful eviction there.

In a statement on Thursday, the Red Crescent said at least 22 Palestinians had been injured overnight when Israeli troops attacked their protest rally against the harsh eviction measure.

Israeli police have arrested 11 Palestinians in the area.

In his address to reporters, Colville emphasized that East Jerusalem al-Quds “remains part of the occupied Palestinian territory, in which international humanitarian law applies.”

Under international law, the official said, it is illegal to transfer civilian populations into occupied territory and this “may amount to war crimes.”

Colville urged the Tel Aviv regime to depart from behavior that further contributes to “a coercive environment or leads to a risk of forcible transfer.”

“We further call on Israel to respect freedom of expression on assembly, including with those who are protesting against the evictions, and to exercise maximum restraint in the use of force.”

He emphasized that Israel is not authorized to “impose its own set of laws in occupied territory, including East Jerusalem.”

In a statement on Thursday, UN Special Coordinator for the Middle East Peace Process Tor Wennesland expressed concern over the imminent eviction of Palestinians by Israeli authorities from Sheikh Jarrah.

Israel occupied East Jerusalem al-Quds, the West Bank, and the Gaza Strip during the Six-Day War in 1967. It later had to withdraw from Gaza but has been occupying the other territories since.