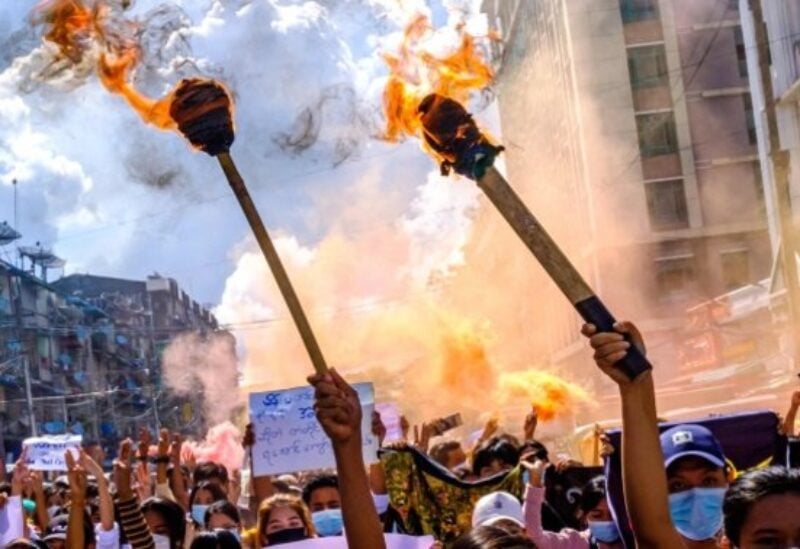 The UN Security Council expressed “deep concern” about recent unrest in Myanmar on Wednesday, calling for a “immediate cessation of violence” and efforts to protect civilians.

The Security Council warned that “recent developments pose particularly serious challenges for the voluntary, safe, dignified, and sustainable return of Rohingya refugees and internally displaced persons” in a statement issued as reports of clashes between junta troops and fighters from a major militant group in Rakhine state emerged.

The clashes, according to a rebel spokesman, broke a ceasefire that had kept the peace in the western region since the military junta’s February coup.

Since the February putsch, the Southeast Asian country has been in chaos, with a brutal crackdown on dissent and increased fighting in borderlands involving ethnic armed organizations.

Members of the council also demanded “equitable, safe, and unhindered delivery and distribution of COVID-19 vaccines,” as well as “safe and unhindered humanitarian access to all people in need.”

“They emphasized the importance of vaccine accessibility for all and called for increased international support to ensure the availability of Covid-19 vaccines and expedite their roll out,” according to the statement.

Days after the February coup, the junta reaffirmed its commitment to a ceasefire with the Arakan Army (AA), which had previously violated the agreement.

The ceasefire freed up military forces to fight local “self-defense forces” that have sprung up across the country to oppose the military.

According to an AA spokesman, clashes erupted after the “Myanmar military entered the area.” The number of casualties has not yet been determined.”