UNDP: 90% of Ukrainian population could face poverty in protracted war 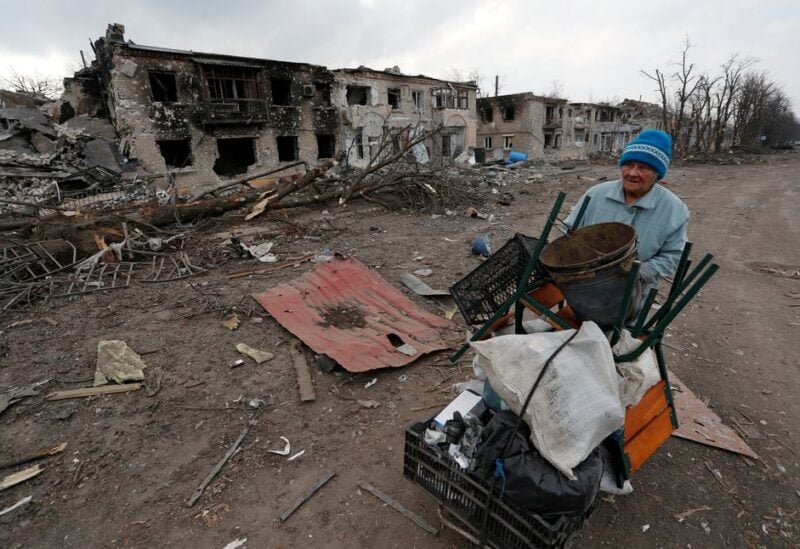 A woman pushes a trolley with her belongings along a street damaged during Ukraine-Russia conflict in the separatist-controlled town of Volnovakha in the Donetsk region, Ukraine.

The United Nations Development Programme (UNDP) warned on Wednesday that if the war continues for another year, nine out of ten Ukrainians could face poverty and extreme economic vulnerability, wiping out two decades of economic gains.

The UNDP Administrator, Achim Steiner, stated that his organization was collaborating with the Kyiv government to avoid the worst-case scenario of the economy collapsing. It aimed to provide cash transfers to families in order for them to buy food and avoid fleeing, while also supporting basic services.

“If the conflict is a protracted one, if it were to continue, we are going to see poverty rates escalate very significantly,” Steiner told Reuters.

“Clearly the extreme end of the scenario is an implosion of the economy as a whole. And that could ultimately lead to up to 90% of people either being below the poverty line or being at high risk of (poverty),” he said in a video interview from New York.

The poverty line is generally defined as purchasing power of $5.50 to $13 per person per day, he added in a video interview from New York. Before Russia launched its invasion on Feb. 24, an estimated 2% of Ukrainians lived below the $5.50 line, he said.

Ukraine’s top government economic adviser Oleg Ustenko said last Thursday that invading Russian forces have so far destroyed at least $100 billion worth of infrastructure and that 50% of Ukrainian businesses had shut down completely.

“We estimate that up to 18 years of development gains of Ukraine could be simply be wiped out in a matter of 12 to 18 months,” Steiner said.