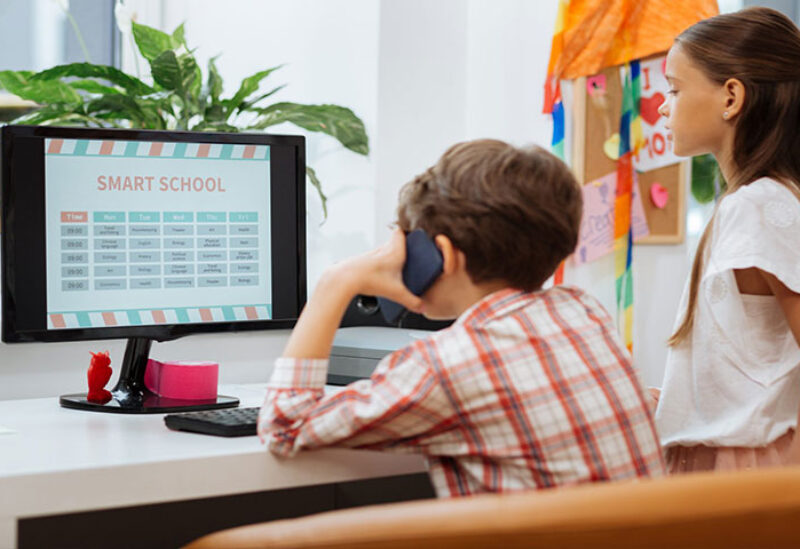 UNESCO has warned of years of lost learning due to a lack of pandemic stimulus spending on education.

The UN body shows that education received just 0.8 percent of the global economic packages designed to mitigate the pandemic.

UNESCO is now warning of a $2 billion drop in resources into 2022 and that it could be six years before 2018 spending levels are reached again.

Even within the wealthiest G20 nations the share of the extra spending for education was just 2 per cent across 13 of the countries, according to the United Nations Educational, Scientific and Cultural Organisation.

Its study found that a quarter of all school days had been lost across three lockdown periods from May 2020 to February 2021.

Disadvantages varied across countries. Just 7 percent of the poorest fifth of households in Ethiopia had access to a radio.

In Ecuador, 23 percent of children without a connection at home were doing zero school work, the organization found. Across South America just 45 per

The Covid lockdown effect is also being felt in high-income countries such as the UK and Germany where surveys have discovered accelerating education inequalities during the pandemic.

A National Foundation for Education Research survey of 200 schools in the UK found that 11 percent of the most disadvantaged were six months behind in their studies.

The lack of education prioritization marks a setback for generally improving trends seen over the last two decades.

Between 1999 and 2015 average government education spending doubled in real terms.

And global disparities remain marked. Prior to the pandemic, high-income countries were spending annually the equivalent of $8,501 for every child’s education compared to just $48 in low-income countries.

“However many governments around the world are trying to introduce good solutions such as [online] learning, they are not the perfect substitute for time in the classroom,” said Manos Antoninis, director of the Global Education Monitoring Report team at UNESCO.

“Furthermore, hundreds of millions of young people in low and middle-income countries simply don’t have any access to [the internet].

Antoninis fears the pressures of the economic downturn will exacerbate short-term policy-making.

“[Governments] prefer to not think about the future,” he said. “And that’s a big mistake because if young people simply cannot receive the education they need to be able to earn tomorrow, then that is going to come back to haunt [governments] in terms of lower growth for their societies.

“It’s a very hard message to convey because resources are limited in some countries, but education does deserve a targeted share of these additional resources.