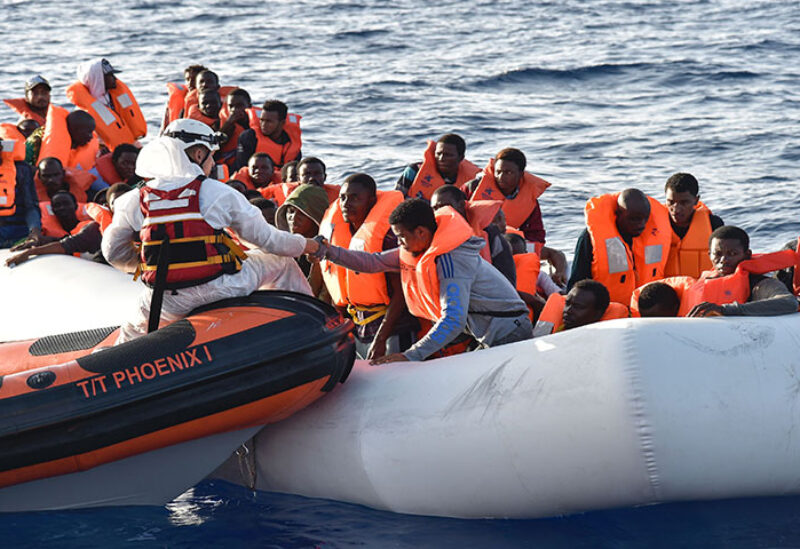 children drown in the Mediterranean Sea off Libya

UNICEF said Monday the bodies of three children who apparently were among Europe-bound migrants drowned in the Mediterranean Sea off Libya washed ashore in the North African country.

The bodies were found last week near the coastal town of Zuwara, over 100 kilometers (60 miles) west of the capital of Tripoli, UNICEF said. Among the bodies were a 6-month-old child and a 3-year-old child, it said.

“Too many children are needlessly losing their lives in deadly migration routes as they search for safety and better life,” it said.

There has been a spike in crossings and attempted crossings from Libya to Europe in recent weeks, with smugglers taking advantage of the calm sea and warm weather.

UNICEF said more than 9,650 migrants and refugees, including over 480 children, were intercepted and returned to Libya so far this year, an increase of 91 percent among children from the same period in 2020.

Earlier this month at least 10 bodies of migrants washed up in western Libya after two shipwrecks resulted in the presumed drowning of about 30 people. An additional 70 migrants are presumed dead from two other shipwrecks off Tunisia in May.

UNICEF estimated more than 632 people, including children, have died attempting to cross the sea from Libya this year.

Libya has in recent years emerged as the dominant transit point for migrants fleeing war and poverty in Africa and the Middle East. The oil-rich country plunged into chaos following a NATO-backed uprising that toppled and killed former Libyan President Muammar Gaddafi in 2011.

In recent years, the European Union has partnered with Libya’s coast guard and other local groups to stem the dangerous Libya-Italy crossings. Rights groups, however, says those policies leave migrants at the mercy of armed groups in squalid detentions centers rife with abuses.