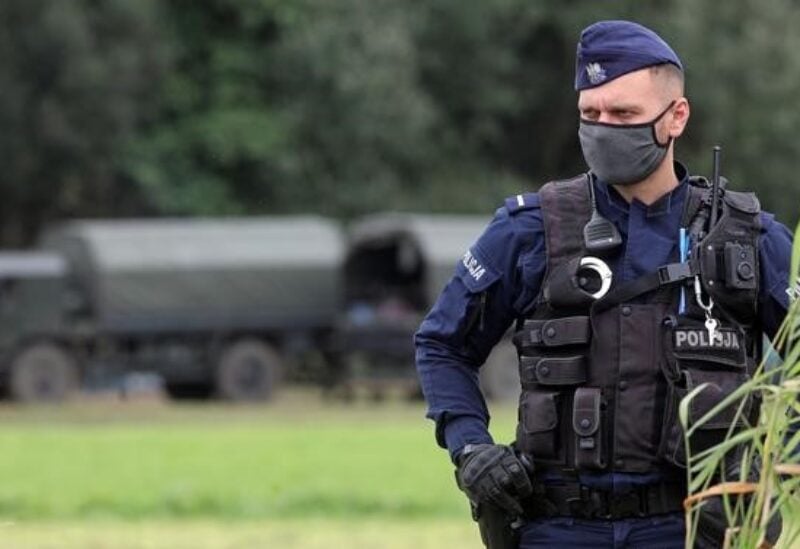 Polish Prime Minister Mateusz Morawiecki said on Tuesday that an unprecedented influx of migrants from Belarus attempting to enter Poland illegally posed a threat to the security of the entire European Union.

“It is in our national interest to secure the Polish border.” But today, the stability and security of the entire EU are at stake,” Morawiecki tweeted.

“(Belarusian President Alexander) Lukashenko’s regime’s hybrid attack is aimed at all of us.” We will not be intimidated and will defend European peace with our NATO and EU partners.”

Belarus denied that it was coordinating the attempted border crossings.

On Monday, Poland stopped hundreds of migrants, mostly from the Middle East, from breaching the razor-wire border fence, as thousands more gathered in the area.

In the latest bleak chapter of Europe’s migrant crisis, Washington and Brussels urged Minsk to halt what they call an orchestrated influx.

NATO also lashed out at Minsk on Monday, accusing the government of using migrants as political pawns, while the European Union called for new sanctions against Belarus.

According to Brussels, Lukashenko has encouraged the migrant flow in retaliation for existing EU sanctions imposed on the country due to its poor human rights record. For his part, Lukashenko has denied the allegations.