US accuses Moscow of deporting Ukrainians to Russia 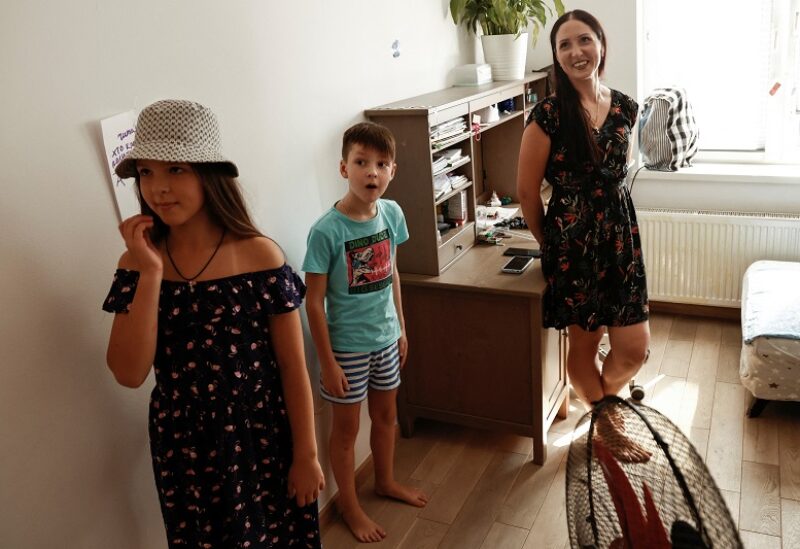 Ukrainian refugees, Tatiana Afanasieva stands along her children Eva, 10, and Nikolay, 8, in their bedroom, in Poznan, Poland August 18, 2022. REUTERS/Kuba Stezycki

“Hundreds of thousands” of Ukrainian citizens were interrogated, detained and forcibly deported to Russia, said the United States on Wednesday, adding it has evidences.

Thomas-Greenfield said the number of deported people is between 900,000 to 1.6 million Ukrainians, adding that the estimates were obtained from a range of sources, including the Russian government. Many of the deportees are said to have been sent to isolated regions in Russia’s far east.

“These operations aim to identify individuals Russia deems insufficiently compliant or compatible to its control,” Thomas-Greenfield said. “And there is mounting and credible evidence that those considered threatening to Russian control because of perceived pro-Ukrainian leanings are ‘disappeared’ or further detained.”

The US ambassador added that Ukrainian non-combatants fleeing the war are forced to pass through a range of “filtration points,” where interrogations and data collection are carried out.

“The experience is different for everyone, depending on how threatening they are perceived to be toward Russia’s invasion. Some are allowed to remain in Russian-occupied parts of Ukraine. Some are forcefully deported to Russia … some are sent to prisons …some simply vanish,” Thomas-Greenfield said.
Russia vehemently denied the accusations, calling it an attempt by the West to defame Russia.

Russia’s UN ambassador, Vassily Nebenzia, said more than 3.7 million Ukrainians had gone to Russia or Russian-controlled separatist areas in eastern Ukraine, and went through “a registration rather than filtration procedure,” likening the process to the one in place for Ukrainian refugees in Poland and other countries in the European Union.

The UN also said there were “credible accusations” that Russian forces had forcibly taken Ukrainian children to Russia by removing children from the war zone and handing them over to adoptive parents inside Russia.

“We are concerned that the Russian authorities have adopted a simplified procedure to grant Russian citizenship to children without parental care, and that these children would be eligible for adoption by Russian families,” Ilze Brands Kehris, the assistant UN Secretary-General for Human Rights, told the Security Council.