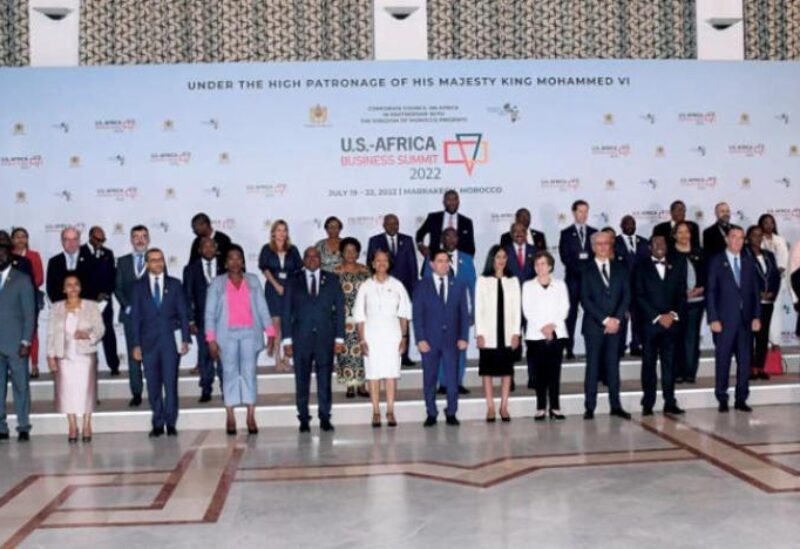 Moroccan Foreign Minister Nasser Bourita has said that Africa needs active partners who do not exploit short-term opportunities, noting that it is time for the continent to reap the fruits of its potential and play its pivotal natural role in the international arena.

“It is time for Africa to reap the benefits of its countless potential and its dynamic youth, and to play its central and natural role on the international scene and in the major developments taking place at the global level,” stressed the Minister on Wednesday at the opening of the 14th session of the US-Africa Business Summit.

Bourita said that the wealth and qualifications of the 54 African countries are a blessing that enriches the continent, adding that the states are responsible for achieving comprehensive growth and sustainable development.

The Minister pointed out that the summit coincides with a period of hope for the disappearance of the Covid-19 pandemic.

The summit also coincides with a phase in which the global economy affected the chains of production, investment, and trade, causing worrying inflation and economic pressures, which requires the commitment to cooperation as the only way to ensure security, fluidity of trade, and preservation of the confidence of investors.

In this complex context full of challenges and marked by the reconfiguration of the international economy, the continent is a reservoir of growth in the global economy and an ally of weight for its international partners, said Bourita.

The Minister recalled that Africa owns 23.5 percent of the world’s agricultural land, qualifying it to be among the most critical actors in food security.

The Minister noted that thanks to the continent’s rich human capital and natural resources, and given its future structured and interconnected market, within the framework of the African Continental Free Trade Area (AfCFTA), its regional economic groupings and its economic growth rate of six percent, Africa has the potential to cope with crises and strengthen its sovereignty in strategic sectors to ensure the achievement of inclusive growth and fair and equitable development.

Addressing the participants, Bourita indicated that African countries need to work together to build an economy that looks forward to the future and derives its strength from its integration into the global trade system and international value chains.

“A healthy and solid economy prioritizes industrialization, employment, and value creation, to ensure our continent’s rightful place on the global economic map,” he said.

Bourita stated that this requires two conditions: carrying out necessary economic reforms to create an appropriate business climate while the private sector should play its national role and mobilizing international partners of Africa to accompany the development programs implemented by the countries of the continent.

He proposed establishing a mechanism to track the implementation of the projects resulting from the partnership.

The Minister noted that the vast number of participants in the summit highlights the critical and promising prospects of the partnership between Africa and the US in trade, investment, and business.

It also underscores the importance of the private sector and development and investment institutions as the main lever of this partnership.

He added that the organization of the summit in Morocco illustrates the maturity of the Moroccan-US strategic partnership, which, thanks to its development at the bilateral level, contributes directly and effectively to security and stability in other geographical areas, particularly in Africa and the Middle East.

For her part, US Vice President Kamala Harris said in her statement that the US administration recognizes the critical importance of strengthening its relationship with countries across Africa.

The summit demonstrates Washington’s enduring commitment to its African partners, said Harris, adding that “it will be based on principles of mutual respect and shared interests and values. And a critical part of this summit will be to bolster our economic relationship, which brings me to the importance of this gathering of public and private sector leaders in Marrakech.”

“I am pleased to see the advances made in implementing the African Continental Free Trade Area, and we will work with you to ensure its success.”

The US is committed to bringing all the tools at its disposal, including development financing, grants, technical assistance, and support for legal and regulatory reforms—all to help its African partners thrive, she said.

In turn, the Executive Director of the Millennium Challenge Corporation (MCC), Alice Albright, reviewed the US and African cooperation prospects.

Albright is leading the US Prosper Africa delegation to the summit, which includes senior government officials and investors.

The President of the African Development Bank, Akinwumi Adesina, spoke very positively about Morocco, noting that it witnessed strong dynamism at the African level and had several resources.

He asserted the importance of attracting capital in cooperation with US agencies to support African investment.

Themed “Building the Future,” the summit is organized under the patronage of King Mohammed VI and in partnership with the “Corporate Council on Africa” (CCA). It brings together a large US government delegation, African ministers, and decision-makers of the largest US multinationals and African business community.

The event is marked by high-level dialogues, plenary sessions, panels, roundtables, and side-events around the continent’s priorities in food security, health, agriculture, energy transition, new technologies, infrastructure, and the integration of industrial ecosystems.