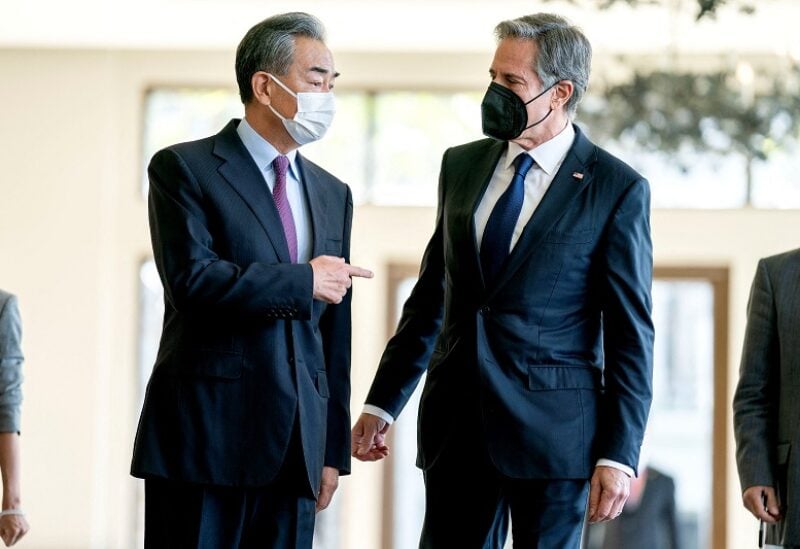 After attending a G20 summit, both the United States and China’s foreign ministers voiced guarded hope, Saturday, of preventing tensions from spiralling out of control as they held rare talks on the Indonesian island of Bali, where the top U.S. diplomat led efforts to pressure Russia over its war in Ukraine. Blinken told reporters at the beginning of the meeting, “There is no substitute for face-to-face… diplomacy, and in a relationship as complex and consequential as the one between the United States and China there is a lot to talk about, we very much look forward to a productive and constructive conversation.”

Blinken is expected to repeat warnings to China not to support Russia’s war in Ukraine and the two sides will address contentious issues that include Taiwan, China’s extensive South China Sea claims, its expansion of influence in the Pacific, human rights, and trade tariffs. However, both sides share an interest in keeping the relationship stable and Blinken and U.S. officials say President Joe Biden and Chinese President Xi Jinping are expected to speak again in the coming weeks, something Saturday’s meeting is likely to address.
As reported by Reuters, Wang said, “China and the United States are two major countries, so it is necessary for the two countries to maintain normal exchanges. At the same time, we do need to talk together to ensure that this relationship will continue to move forward along the right track.” After a long chill during the pandemic between the two countries, since last month their defence, finance and national security chiefs as well as their top military commanders have all spoken. China’s state-run Global Times, known for its criticism of the United States, wrote that the growing diplomacy “underscored the two sides’ consensus on avoiding escalating confrontation”.
US views of China have hardened in recent years and Biden has largely maintained the substance of his predecessor Donald Trump’s hardline approach of treating Beijing as the pre-eminent global competitor of the United States. But Blinken in a recent speech made clear that the United States was not seeking a new “Cold War,” even as he held firm on criticism — including accusing Beijing of genocide against the mostly Muslim Uyghur people. The Biden administration is widely expected soon to ease some of Trump’s tariffs on Chinese goods, a move that could ease soaring inflation, which has become a major political liability in the United States.