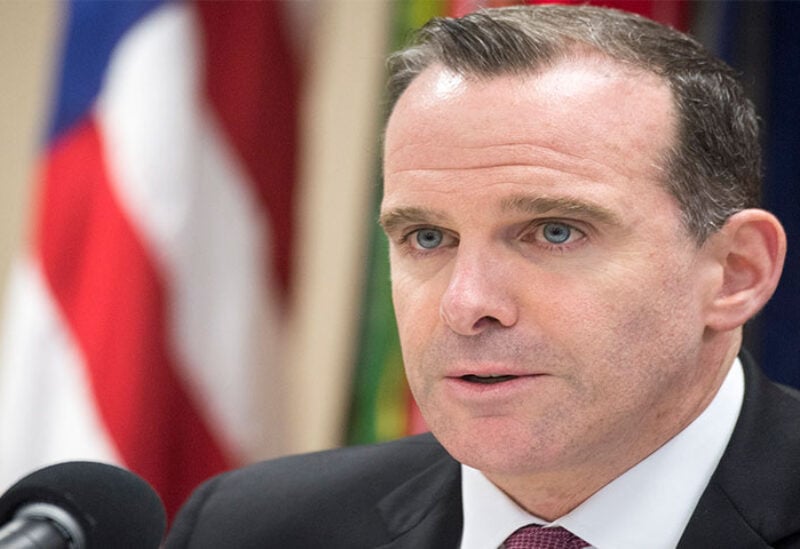 A US delegation led by senior White House and State Department officials Brett McGurk and Derek Chollet, will be making its first visit to the region in the coming days, multiple sources confirmed to The National on Wednesday.

“A senior inter-agency delegation will be travelling over the coming week to discuss a number of important matters related to US national security and ongoing efforts towards a de-escalation of tension in the Middle East region,” a US official said.

A regional diplomatic source in Washington told The National the delegation would visit Saudi Arabia and the UAE to discuss the status of current talks with Iran.

This is the largest and highest-level delegation from President Joe Biden’s administration to visit the region since he took office on January 20.

Ongoing indirect negotiations between the US and Iran are expected to top the agenda. The Biden administration has been updating and consulting with its regional partners on progress in the Vienna talks focused on the US return to the nuclear deal.

On Tuesday, US Special Envoy on Iran Robert Malley consulted with GCC allies before flying to Vienna for the next round of talks. The consultations were attended by Dr Anwar Gargash, Diplomatic Adviser to President Sheikh Khalifa.

In the UAE, US officials are expected to discuss the recent decision to go ahead with the sale to the UAE of $23 billion in military hardware, including 50 F-35 fighters and 18 military drones, Reuters reported.

A US official confirmed to The National Washington’s intention to move ahead with the F-35 sale.

“We can confirm that the administration intends to move forward with these proposed defence sales to the UAE, even as we continue reviewing details and consulting with Emirati officials to ensure we have developed mutual understandings with respect to Emirati obligations before, during and after delivery,” the official said.

Nicholas Heras, a senior analyst at the Newlines Institute, said the trip is an opportunity to further security co-ordination with regional states.

“This trip is an opportunity for the Biden administration to make a big first impression with the states in the Middle East,” Mr Heras told The National.

He described the tentative itinerary as “a rolodex” of close US security partners in the region.

“The intention of the trip is very likely to tell these partners that although Washington is planning to return to the nuclear deal and going to spend more time and energy on East Asia, their concerns in the Middle East will be taken into account,” he said.

Enabling US partners and furthering regional cooperation and stability is a key goal for this administration, the expert argued.