US expresses deep concern over situation in north Kosovo 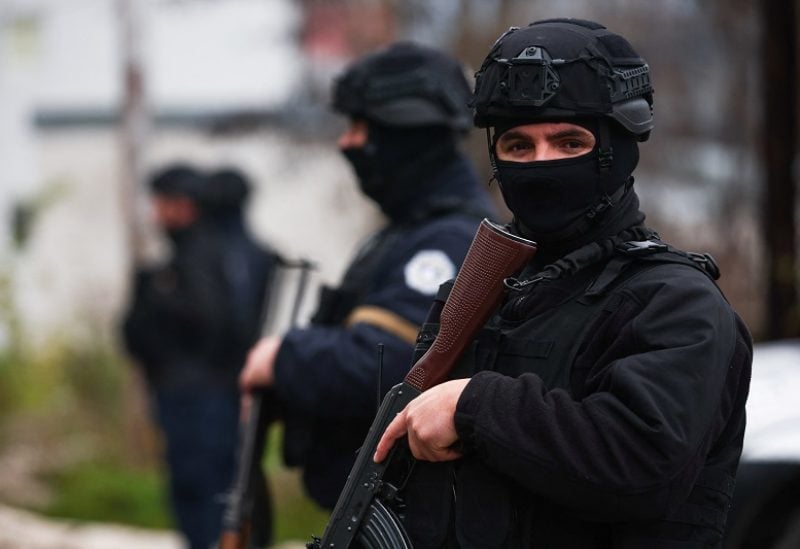 Kosovo police officers patrol an area in the northern part of the ethnically-divided town of Mitrovica, Kosovo, December 12, 2022. REUTERS/Florion Goga

Calling on all sides to exercise maximum restraint and to take immediate action to deescalate the situation, the US expressed deep concern Sunday over the situation in the north of Kosovo

Issuing a joint statement, the US embassies in Belgrade and Pristina requested the immediate removal of blockades on roads in the north and an end to intimidation and threats of violence.

“We understand that Kosovan authorities have detained an individual suspected of involvement in a violent attack on Kosovan law enforcement and electoral commission authorities. This arrest is being used as a justification for illegal roadblocks as well as threats and intimidation against the Kosovan authorities and the local population,” it said in a statement.

”We firmly condemn as unacceptable all attacks on Kosovan and international security agencies…We call on everyone to exercise maximum restraint to take immediate action to achieve a de-escalation of the situation,” said the statement.

Protesters from Kosovo’s Serb minority blocked roads Sunday for a second day, angered by the arrest of a former police officer of Serb ethnicity suspected of involvement in attacks on Kosovo police.

“Those who erected illegal roadblocks should dismantle them immediately. We expect an end to all threats of violence and intimidation,” it said.

EULEX, the European Union mission tasked with patrolling northern Kosovo, said a stun grenade was thrown at one of its armored vehicles Saturday night.

”Kosovo reduced tensions by postponing local elections. Recent rhetoric from Serbia did the opposite. Suggesting sending Serbian forces to Kosovo is completely unacceptable. So are the latest attacks on the European Union Rule of Law Mission in Kosovo. All my support goes to the EU-led dialogue,” said Baerbock.

The embassies of the UK in Belgrade and Pristina have also requested the removal of the roadblocks, stressing that the arrest is not an excuse for the barricades.

Kosovo, predominantly inhabited by Albanians, broke from Serbia in 1999 and declared independence in 2008. But Serbia has not recognized the independence and sees its former province as a part of its territory.

Tensions between the two flared last month when Kosovo attempted to require ethnic Serbs to change their old vehicle license plates which date before 1999. The decision led ethnic Serbs in Kosovo to withdraw from all central and local institutions.

A snap election was announced in four northern municipalities on Dec. 18 after ethnic Serb representatives resigned from their posts.

But Kosovo has postponed the elections over security concerns, and the vote will now be held next April.

Earlier in the week, some election centers were damaged, and shooting was heard in those areas, raising fears of escalation.