US general says Russia turmoil could spill to Middle East 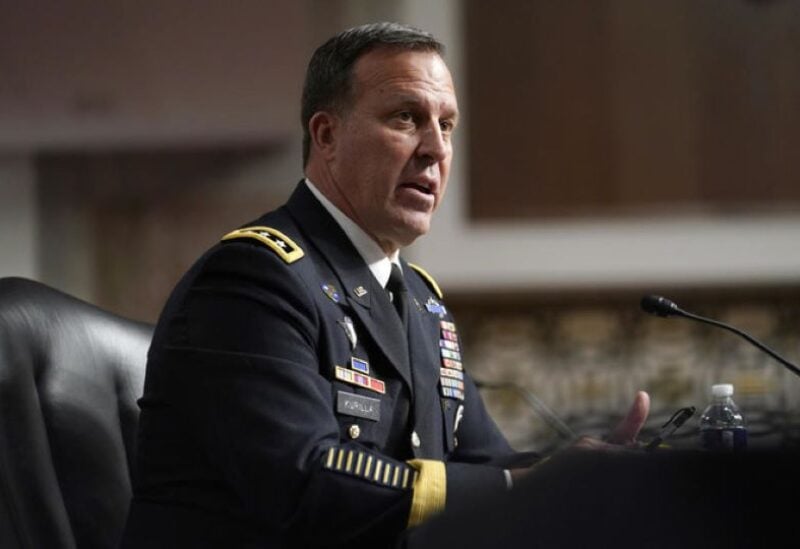 The Army general nominated to be the top US commander in the Middle East warned senators on Tuesday that if Russia invades Ukraine, as many fear, it will cause widespread instability in the region, including in Syria. However, he stated unequivocally that Iran remained the primary danger to the United States and its partners in the area.

Lt. Gen. Erik Kurilla also told the Senate Armed Services Committee that China is increasing its influence and spending in the Central Command region, including in countries where the US needs intelligence on extremist activities in Afghanistan.

“The United States faces a new age of strategic struggle with China and Russia that is not restricted to one geographical location and extends into the (Central Command) area of responsibility,” Kurilla said during his nomination hearing. “As the United States rightly focuses rivalry with China, we must maintain our presence in the Middle East, Central and South Asia.”

Kurilla, a combat-hardened commander with considerable experience in the Iraq and Afghanistan conflicts, was greeted warmly by the panel and informed he would most likely be confirmed.

If he is appointed, Kurilla will take over as the Pentagon continues to shift its attention to the Indo-Pacific in order to contain a growing China, as well as to strengthen European defenses against Russia. However, Iran and its proxies have maintained a regular drumbeat of strikes on US and ally forces across the Middle East, frequently impeding attempts to withdraw more soldiers from the region.

Marine Gen. Frank McKenzie, who has led the command for three years, would be replaced by Kurilla. McKenzie has presided over a turbulent period in the region, including America’s messy exit from Afghanistan, the defeat of Daesh in Iraq and Syria, and rising threats from Iran and its proxies as they begin new strikes against Saudi Arabia and the UAE.

Kurilla, the commander of the 18th Airborne Corps, told the committee that he was deploying to Germany after the hearing as part of the US attempt to reassure partners worried about Russia’s military buildup near Ukraine’s borders.

When asked about the possible Middle Eastern ramifications of a Russian invasion of Ukraine, Kurilla said he believes it may spill over into Syria, where Russia already has a military base and personnel.

“If Russia invades Ukraine, they would not hesitate to play as a spoiler in Syria as well,” said Kurilla, a former deputy at Central Command.

He also stated that the US does not believe Russia wishes to go to war with the US.

Regarding China, Kurilla stated that 18 of the 21 countries in the Central Command region have inked strategic agreements with Beijing, which has accelerated Beijing’s growth in the Middle East. He stated that the United States must be able to counter China in this area.

Senators grilled Kurilla on measures to monitor Al-Qaeda and Daesh radicals in Afghanistan now that US military had left the country. He stated that attempts are still being made with neighboring countries to establish “over-the-horizon” capabilities.

The US, which left Afghanistan at the end of August, has been unable to reach an agreement with a number of regional nations to authorize overflights, basing, or other intelligence collection from within their borders. According to military authorities, it is difficult to monitor extremist organizations from afar since it involves extended drone flights with limited monitoring time.

When asked about cooperating with the Taliban, Kurilla stated the US should be flexible. He stated that the Taliban considers the Daesh group to be an adversary, thus this may be an area of agreement. He also stated that the US must find measures to address the humanitarian problem in Afghanistan, which may include Taliban assistance with food delivery.