US lawmaker on armed services committee arrives in Taiwan, defying pressure from Beijing 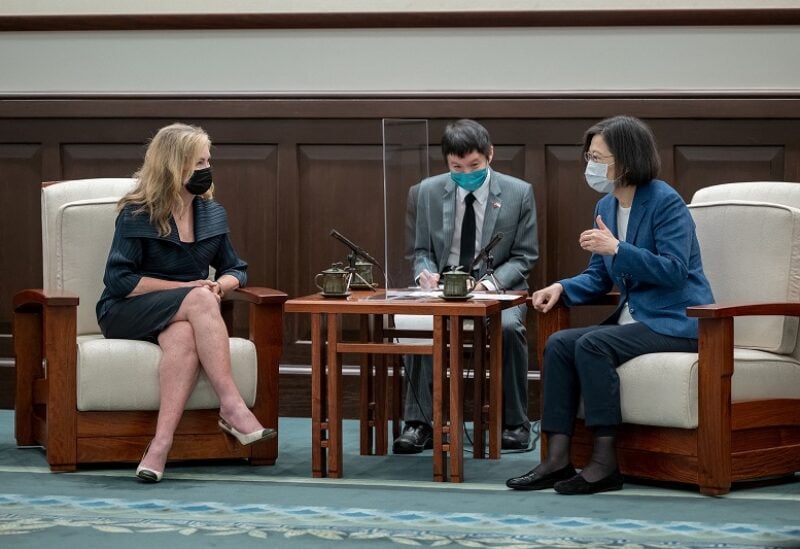 U.S. Senator Marsha Blackburn (R-TN) attends a meeting with Taiwan President Tsai Ing-wen at the presidential office in Taipei, Taiwan in this handout picture released August 26, 2022. Taiwan Presidential Office/Handout via REUTERS ATTENTION EDITORS - THIS IMAGE WAS PROVIDED BY A THIRD PARTY. NO RESALES. NO ARCHIVES.

Ignoring calls from Beijing to stop the excursions by a US congressman on the Senate Commerce and Armed Services committees, the third visit by a US dignitary this month landed in Taiwan on Thursday.

On board a US military plane, Senator Marsha Blackburn arrived in Taipei, the capital of Taiwan, according to live television footage from the nearby Songshan Airport. According to Blackburn’s office, Douglas Hsu, director general of Taiwan’s foreign affairs ministry, greeted her on the airport runway.

“Taiwan is our strongest partner in the Indo-Pacific Region. Regular high-level visits to Taipei are long-standing US policy,” Blackburn said in a statement. “I will not be bullied by Communist China into turning my back on the island.”

After US House of Representatives Speaker Nancy Pelosi’s visit to Taiwan in early August, China, which claims Taiwan as its own territory despite the vehement protests of the democratically elected government in Taipei, began conducting military exercises close to the island.

Blackburn was scheduled to meet President Tsai Ing-wen during her visit, which concludes on Saturday, as well as senior security officer Wellington Koo and Foreign Minister Joseph Wu, according to Taiwan’s Foreign Ministry.

The ministry noted in a brief statement that “the two sides will exchange views extensively on issues such as Taiwan-US security and economic and trade relations.”
Tsai will meet with Blackburn on Friday morning, according to Taiwan’s presidential office. A request for comment was not immediately answered by the Chinese Embassy in Washington.

Blackburn, a Republican from Tennessee and a member of US President Joe Biden’s Democratic Party, had previously expressed support for Pelosi’s visit.

China was enraged by Pelosi’s visit, and in retaliation, it conducted its first-ever test launch of a ballistic missile over Taipei and severed certain diplomatic ties with the United States.