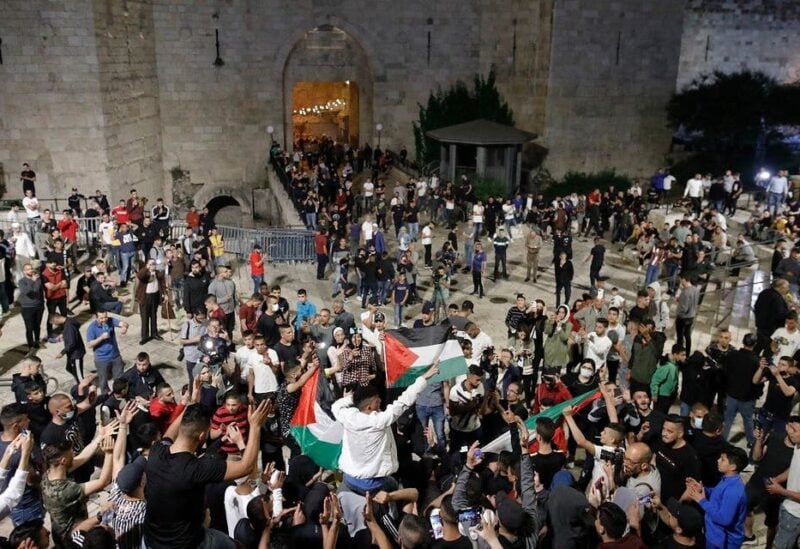 Despite initial opposition from the United States, diplomats said late Monday that most UN Security Council member states were determined to issue a statement regarding the ongoing clashes between Palestinians and Israelis in Jerusalem.

The 15-nation Security Council met virtually behind closed doors on Monday as violence spilled over from the Al-Aqsa Mosque with rockets being fired by the Islamist Hamas movement and Israeli forces.

Tensions began last week after Israeli forces marched through Jerusalem’s Sheikh Jarrah, and Israeli settlers were seen trying to drive Palestinian families out of their homes. An Israeli court had previously ruled that Palestinians ought to be evicted, but Tel Aviv’s Supreme Court has postponed the ruling on the decision.

Monday was arguably the most violent day as hundreds of rockets were fired at Israel before Israeli air strikes in the Gaza Strip killed at least 20 people, including nine children.

UN Security Council members met to discuss a draft statement proposed by Tunisia and Norway and supported by China, diplomats who participated in the meeting told Al Arabiya.

But no statement was issued due to objection from the US, which said such a move would “further complicate matters,” according to a senior Western diplomat.

Nevertheless, a majority of the other participating member states stressed the need to release a resolution on the latest developments.

The Biden administration has issued multiple strongly-worded statements criticizing the Sheikh Jarrah evictions while also voicing support for Israel’s right to defend itself against rocket attacks.

The gathered member states stressed the need for both the Palestinians and the Israelis to de-escalate tensions, while the initial draft statement issued a harsh condemnation against Israel, calling on it to halt “settlement activities, demolitions and evictions,” according to a version seen by Al Arabiya.

Israeli forces would also be called on to exercise utmost restraint against peaceful protesters while reiterating that the only answer was a two-state solution.

A majority of the member states condemned the rocket attacks against Israel.

“It is unacceptable for the Security Council to follow the developments and not to release a statement,” the senior diplomat said.

Tunisia, Norway and China expressed their readiness to continue negotiations in an effort to agree on a final statement.

Separately, representatives from the Organization of Islamic Cooperation met to discuss the Al-Aqsa attacks and the ongoing clashes.

“The group unequivocally condemned the recent brutal use of force by the Israeli forces which injured over 300 Palestinians in Sheikh Jarrah and around Al-Aqsa mosque,” a statement from the OIC read.

Saudi Arabia and Turkey proposed launching diplomatic efforts to garner support for a special session of the UN General Assembly to discuss the recent developments.