US Proposes Strategy Based on ‘Pressuring’ Houthis to End Yemen Crisis 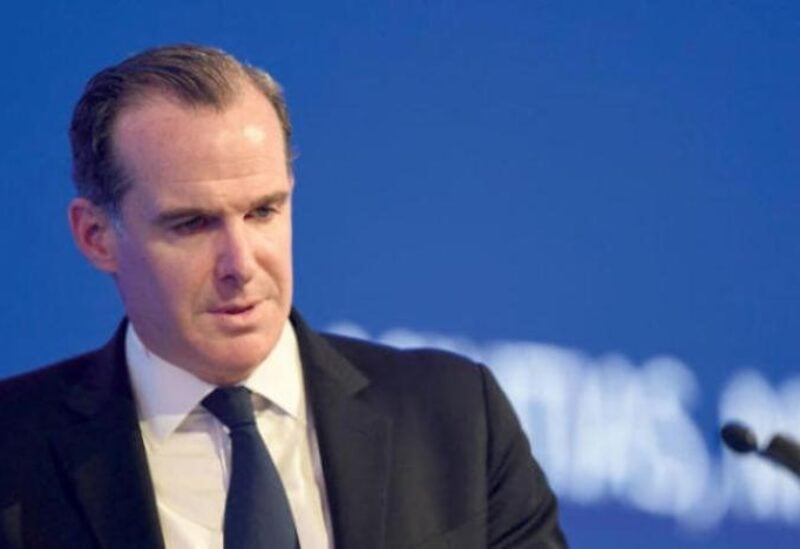 The United States has reiterated its strategy in dealing with the Yemeni crisis by suggesting two ways to end the conflict.

Washington wants to “pressure” the Houthi group and support “international efforts,” including UN Resolution 2216, while it continues to call for ending the conflict and delivering aid.

The US efforts and diplomatic moves to resolve the conflict in Yemen come amid several “indications” that Washington and Tehran are close to reaching an agreement in the ongoing discussions on the “nuclear negotiations” in Vienna to return to the Joint Comprehensive Plan of Action (JCPOA).

This has prompted several politicians and observers in the US to demand punishing the Iran-backed Houthis and putting it back on the list of terrorist organizations.

National Security Council spokeswoman Emily Horne said in a White House statement that the Coordinator for the Middle East and North Africa, Brett McGurk, discussed during his visit to Saudi Arabia and the UAE the need to combine pressure on the Houthis in Yemen with a concerted UN-led effort to end the war there.

Horne said that McGurk stressed during his visit to Riyadh and Abu Dhabi that Washington is doing everything possible to support both countries’ “territorial defense” against Iranian-enabled missile and UAV attacks.

McGurk reaffirmed President Joe Biden’s commitment to “supporting the defense of US partners” and reviewed ongoing efforts with diplomatic and military teams in both capitals.

Meanwhile, US Secretary of State Antony Blinken expressed deep concern with the uptick in civilian casualties in Yemen and the region and condemned attacks by all parties that led to an escalation in the country and extended the conflict.

According to a State Department statement, Blinken stressed the “urgent need” for de-escalation and all parties to abide by their obligations under international humanitarian law.

He communicated his support for the UN Special Envoy’s ongoing efforts to develop an “inclusive political framework” and reiterated that “justice and accountability will be key to securing an enduring peace in Yemen.”

Blinken welcomed collaboration with the UN to advance a “durable resolution that ends the conflict in Yemen, improves Yemeni lives, and creates the space for Yemenis to collectively determine their own future.”

He reiterated that “resolving the conflict in Yemen remains a top US foreign policy priority.”

Furthermore, Washington-based Wilson Center called for activating the US role in resolving the Yemeni conflict, urging an end to the state of “military violence” that tore the country apart.

The Center recommended supporting US partners and allies such as Saudi Arabia and the UAE against the Houthi aggression.

The former US special envoy to Iran, Brian Hook, said that removing the Houthis from the list of foreign terrorist organizations was a “strategic mistake” made by Biden’s administration.

He also sees it is impossible to discuss a solution in Yemen without “dramatically reducing Iranian interference.”

During the event, Hook reiterated that “Saudis want to end the war, but Iran would like to see an endless war,” noting that it benefits Tehran enormously and now “they are testing their strength by firing… they’ve rained rockets and missiles and drones on Saudi [Arabia].”

Hook suggested that the US “should do a better job” of minimizing Iran’s interference in Yemen through the use of various policy tools.

“The Houthis have no incentive to engage in talks.”

The official noted that the challenge facing US policymakers is to find a way to change the dynamic through the necessary diplomatic measures, which include re-listing the Houthis, implementing the UN arms embargo on Iran, and strengthening the hand of the US special envoy to Yemen to pressure the militias to enter into serious negotiations.

Hook also suggested that the Saudis appreciated the Biden administration’s position on linking the Houthis to Iran and added that given the strategic interest of the US in Saudi Arabia, “it is important that we move from treating Saudi [Arabia] as a pariah state.”

He cautioned against “defeatism and fatalism about the current conflict,” calling for a “fresh kind of rethink” about the US policy decisions.

For her part, Fatima Abu al-Asrar, a Yemeni non-resident scholar at the Middle East Institute, called on the international community to listen to the will of the Yemeni people, describing them as “diverse” groups who would like to return to the transition period after the Arab Spring, when there was a manifestation of trying to build a state and society together.

Abu al-Asrar explained that since the outbreak of the conflict in 2014, Yemen has not been able to stop the military incursion by non-state and non-armed actors, stressing that the priority is to “push the military violence out of the lives of people on the ground” and rebuild the Yemeni state.

The United Nations’ attempt to gather the “Yemeni parties” again at one table is a complex matter, said the expert, noting that this may cause more tensions between them and the concerned parties.

However, she suggested a comprehensive military solution against the Houthis, noting that progress in Yemen can only be achieved by “pushing the Houthis militarily.”