US pulls out of major Kandahar base in southern Afghanistan 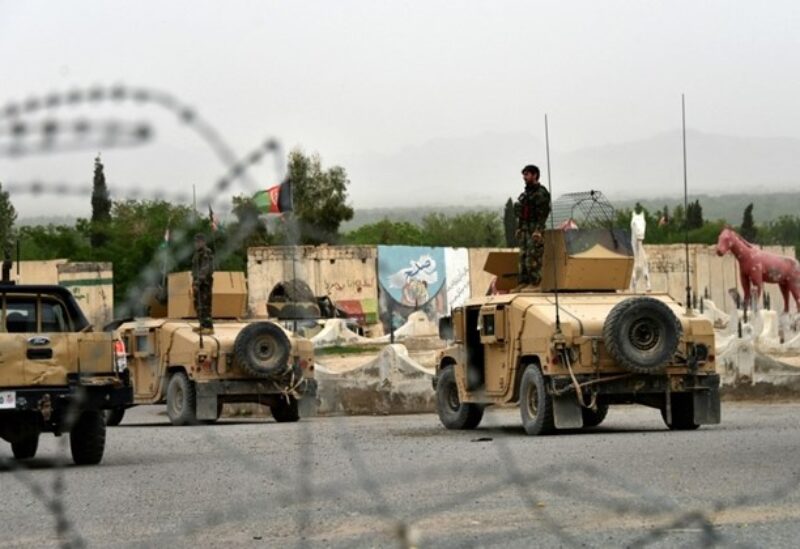 In this file photo taken on April 04, 2021 Afghan security forces stand on Humvee vehicles during a military operation in Arghandab district of Kandahar province. (AFP/JAVED TANVEER)

KANDAHAR, Afghanistan: The United States has completed its withdrawal from Kandahar Airfield in southern Afghanistan, once the second largest military base in the country for US forces, officials said Friday.

Kandahar province was the birthplace of the Taliban and has in recent months seen intense clashes between the resurgent militants and Afghan forces.

US airstrikes were launched from the base just last week to help Afghan forces push back a major Taliban offensive.

“They have not officially handed over the base to us but I can confirm they left the base on Wednesday,” said Khoja Yaya Alawi, a spokesman for the Afghan army in Kandahar.

“They have handed over all the facilities to Afghan forces,” added Massoud Pashtun, the director of Kandahar Airport.

An official handover is expected to take place after the Muslim holiday of Eid, which ends on Saturday, they said.

An Afghan army officer at Kandahar Airfield, who asked not to be named, told AFP that government forces would be left exposed by the pullout.

At its height, the airfield was the second largest base for US and international troops and the first airfield where US forces were stationed after the fall of the Taliban in 2001.

It was also the centre of the biggest drone operation by US special forces in Afghanistan.

The military has for years been steadily decreasing its presence there, accelerated after Washington struck a deal with the Taliban last year to completely withdraw from Afghanistan in return for security guarantees.

However, the US missed the May 1 deadline, extending it to September 11 — a move which angered the Taliban.

The Taliban and Afghan forces are currently in the middle of a three-day ceasefire which has offered a respite for Afghans across the country as they celebrate the Muslim holiday.

The Pentagon on Tuesday said it had so far completed between six and 12 percent of its final withdrawal.

The following day, the Afghan defence ministry announced that it had taken control of Camp Morehead, a US base in Kabul where American troops trained the Afghan military.

The camp will now be used by Afghan special forces. – AFP