US, S.Korea to conduct joint military drills despite N.Korea rebuke 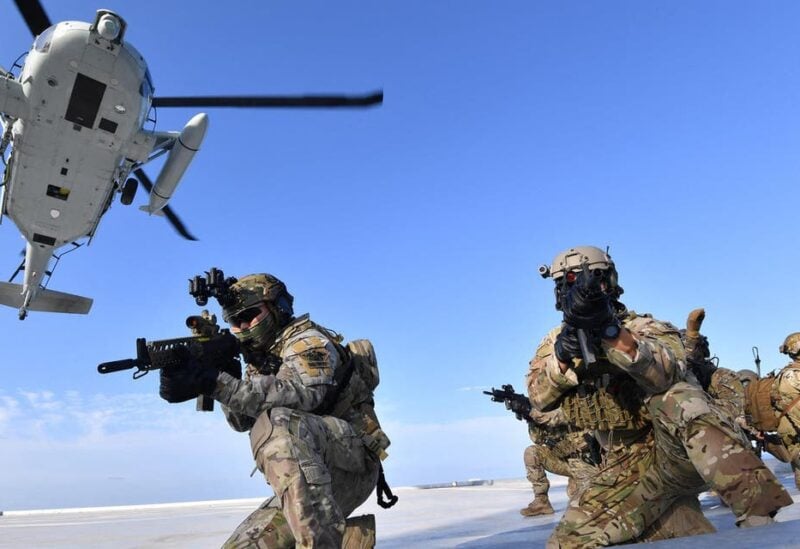 South Korea and the United States will begin their annual joint military drills on Monday, the South’s military said on Sunday, amid North Korea’s warnings of a diplomatic and security crisis.

South Korea and the United States regularly stage military exercises, mainly in the spring and summer, but North Korea has for decades reacted angrily, calling them a rehearsal for war.

The exercises will continue for nine days, mostly consisting of defensive, computer-simulated command post training with minimum personnel but no live field training, the Joint Chiefs of Staff (JCS) said.

“The alliance made the decision after comprehensively considering the COVID-19 situation, joint defense posture and ways to support diplomatic efforts to denuclearize and foster lasting peace on the Korean peninsula,” the JCS said in a statement.

A day after the allies kicked off preliminary training last week, North Korea did not answer routine calls on an inter-Korean hotlines, which were only reactivated on July 28 after the North severed them a year ago amid strained ties.

Kim Yo Jong, the powerful sister of North Korean leader Kim Jong Un, accused the South of “perfidious behavior” for going ahead with the exercises. Another senior official said on Wednesday that Seoul and Washington are risking a “serious security crisis” by choosing to escalate tensions, instead of improving relations.

The United States keeps around 28,500 soldiers in South Korea – a legacy of the 1950-53 Korean War, which ended in an armistice, not a peace treaty, leaving the peninsula in a technical state of war.

Joint military drills were scaled back in recent years to facilitate talks aimed at persuading Pyongyang to dismantle its nuclear and missile programs in return for US sanctions relief.

The negotiations fell apart in 2019, and the administration of South Korean President Moon Jae-in has been hoping that the reopening of hotlines would help resume the denuclearization talks.

The JCS said the exercises are partly designed to expedite progress on Seoul’s efforts to take over wartime control of the combined troops from the United States.

Moon has made it a key policy goal and boosted defense spending to help drum up US support, but the COVID-19 pandemic hampered full-scale training and effectively ended his hopes to complete that transfer within his term due to end in March.