US sanctions 24 China and Hong Kong officials ahead of talks 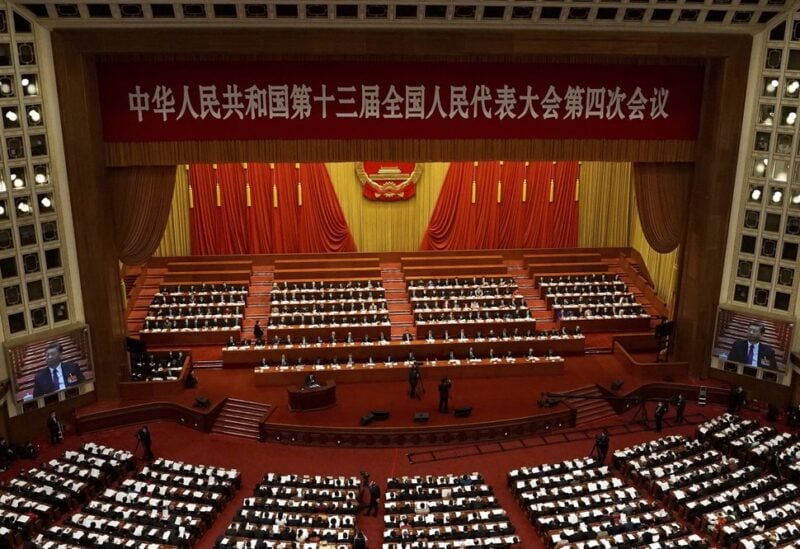 HONG KONG: The U.S. sanctioned an additional 24 Chinese and Hong Kong officials over Beijing’s ongoing crackdown on political freedoms in the semi-autonomous city, just ahead of talks aimed at reducing tensions between the two countries.

The sanctions follow changes to Hong Kong’s electoral law approved by China’s ceremonial legislature last week giving a pro-Beijing committee power to appoint more of Hong Kong’s lawmakers. The move reduces the proportion of those directly elected and ensures that only those determined by to be truly loyal to Beijing are allowed to run for office — effectively shutting opposition figures out of the political process.

The U.S. announcement was made during a visit by Secretary of State Antony Blinken and Defense Secretary Loyd Austin to Japan and South Korea, both of which are wary of China’s growing economic, military and political heft.

While in Tokyo on Tuesday, the two officials delivered a joint statement with their Japanese counterparts expressing concern about Beijing’s human rights violations in the western Xinjiang region against ethnic minorities and China’s determination to alter the status of a group of uninhabited islets administered by Tokyo but claimed by Beijing. The two arrived in Seoul on Wednesday for talks.

The U.S. has said that will be an initial opportunity to address intense disagreements over trade and human rights in Tibet, Hong Kong and Xinjiang as well as the coronavirus pandemic.

While President Joe Biden has sought to ease the harsh tone his predecessor took with China, his administration appears committed to taking a tough line on those issues.

China has rejected all criticism of its policies toward Hong Kong, accusing foreign governments of interfering and saying political tightening was necessary following months of anti-government protests in 2019.

Last June, Beijing imposed a sweeping national security law on the city and Hong Kong authorities have arrested most of the prominent pro-democracy supporters and outspoken critics. Many others have fled abroad and renewed their calls this week for members of the Hong Kong diaspora to keep up the fight for freedoms promised to the city after the 1997 end of British colonial rule.

Among those included in the sanctions are Wang Chen, a member of the Chinese Communist Party’s elite 25-member Politburo, and Tam Yiu-chung, the Hong Kong delegate to the Chinese parliament’s standing committee, which drafted the national security law.

Several officers from Hong Kong’s National Security Division were also sanctioned, including Li Kwai-wah, a senior superintendent, as well as Edwina Lau, a deputy commissioner of the Hong Kong police force and the head of the division.

Starting last October, the U.S. had already sanctioned 10 officials including Hong Kong leader Carrie Lam and Deputy Director of the Hong Kong and Macao Affairs Office Zhang Xiaoming. Sanctions forbid their travel to the U.S. and block their dealings with American financial institutions.

Chinese officials have shrugged off the impact of sanctions, with some calling their designation a point of pride in what they view as an attempt to undermine Chinese control in Hong Kong and its rise as a competitor to the U.S.