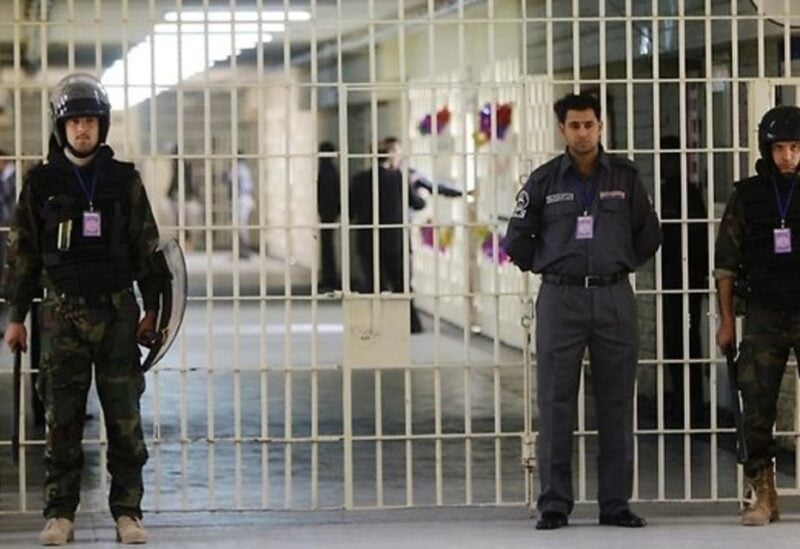 A file photo shows guards stand at a cell block at the renovated Abu Ghraib prison in Baghdad, Iraq on Feb 21, 2009. (AP)

The US Supreme Court on Monday put CACI International Inc a step closer to facing a trial in a lawsuit by three Iraqi former detainees who have accused employees of the defense contractor of directing their torture at the Abu Ghraib prison near Baghdad.

The justices declined to hear CACI’s appeal of a lower court’s 2019 decision that favored the three Iraqi men, whose suit against the Virginia-based company was filed in 2008 under a 1789 US law called the Alien Tort Statute that can be used to pursue legal claims over alleged human rights abuses.

The Richmond, Virginia-based 4th US Circuit Court of Appeals in 2019 refused to let the company immediately appeal a federal judge’s earlier ruling that said CACI was immune from being sued because it was working as a government contractor.

The company has argued that it should be protected under a different and more muscular legal doctrine known as derivative sovereign immunity that can be invoked to shield government contractors from liability under certain circumstances.

The harsh treatment of prisoners held by US forces during the Iraq war at the Abu Ghraib facility became a scandal during former President George W. Bush’s administration after pictures of the abuse emerged in 2004. Some detainees said they endured physical and sexual abuse, infliction of electric shocks and mock executions.

The three plaintiffs – Suhail Al Shimari, Salah Al-Ejaili and As’ad Al-Zuba’e – are Iraqi civilians who said they were detained at Abu Ghraib and eventually released without charge. CACI has called the lawsuit baseless.

The lawsuit has bounced around the courts on different legal questions ever since it was first filed. The issue before the justices was on the narrow question of whether the company could immediately appeal the lower court decision and not on the merits of whether the lawsuit should be tossed out.

The lawsuit accused CACI employees who conducted interrogation and other services at Abu Ghraib of directing or encouraging torture, in part to “soften up” detainees for questioning, while managers were accused of covering it up.

The US Supreme Court in 2013 narrowed the Alien Tort Statute’s reach, saying it was presumed to cover conduct in the United States, and that violations elsewhere must “touch and concern” US territory “with sufficient force” for plaintiffs to sue.

The justices in that case and two subsequent rulings rebuffed attempts by corporate defendants to find that US-based companies can never be sued under the law. The Supreme Court ruled on June 17 that another lawsuit filed under the Alien Tort Statute accusing Cargill Inc and a Nestle SA subsidiary of knowingly helping perpetuate slavery at Ivory Coast cocoa farms must be thrown out.