US to share Russia’s security proposals with allies amid standoff 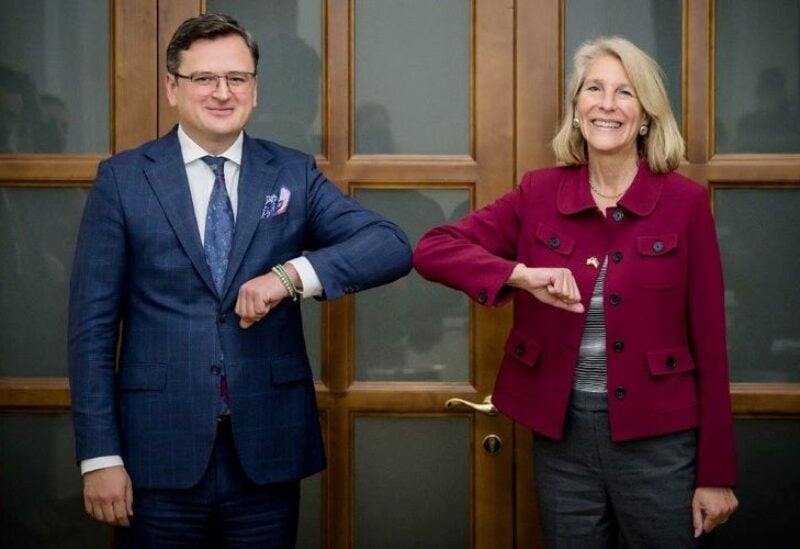 The US said it will share Russia’s suggestions for European security with its friends and partners, following meetings with US Assistant Secretary of State Karen Donfried in Moscow on Wednesday.

The US envoy arrived at a time of heightened East-West tensions over Russia’s force buildup near Ukraine. Western governments have warned Russia that a fresh attack on Ukraine is imminent, which Moscow has rejected.

Russia wants the US and NATO to provide legally binding assurances that the Western military alliance would not expand farther east or install specific weapons systems in Ukraine and other countries bordering Russia.

“We are ready to begin discussions on this critical topic right away,” Ushakov said during a video conference between Russian President Vladimir Putin and Chinese President Xi Jinping, in which Xi endorsed Russia’s position.

“Ryabkov requested a meeting with me to discuss Moscow’s suggestions for European security.” “I will bring these ideas back to Washington and share them with our allies and partners,” Donfried said in a video broadcast on Twitter by the US embassy in Moscow.

The Kremlin claims that NATO’s expansion endangers Russia and contradicts pledges provided to it when the Soviet Union disintegrated in 1991. NATO claims its efforts are defensive and intended to discourage fresh Russian aggression, while Washington has consistently said that no country has the authority to reject Ukraine’s NATO ambitions.

Donfried traveled to Moscow after meeting with key Ukrainian authorities to offer his assistance in the face of Russia’s army buildup.

Ukraine, which has long been at odds with neighboring Russia, has increased military cooperation with NATO, and the Group of Seven warned Russia last week that an assault on Ukraine would result in tremendous consequences and catastrophic costs.

Russia annexed Ukraine’s Crimean peninsula in 2014 and has backed pro-Russian rebels who took control of a stretch of eastern Ukraine the same year.