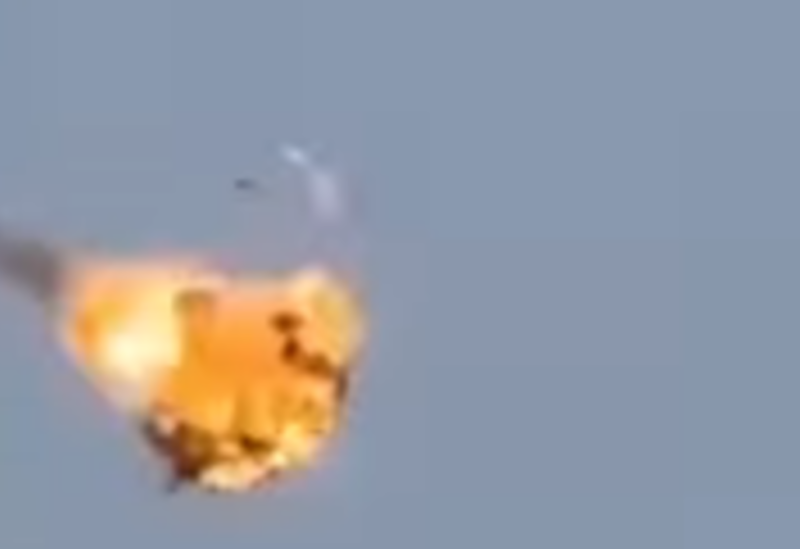 A video clip published as part of an article on  the Defense website, The Daref, explained how the F-15 fighter jet destroyed a Houthi drone, in an operation that the article’s author believes is, if successful, very costly to the Saudis.

And in the video, which was also circulated on the communication sites , the plane appears as  it goes down to destroy the Houthi “Qasef” plane, with Saudi forces on the ground monitoring the event, according to the report.

At first, the forces appeared watching the drone roaring loudly.

After that, a missile under the drone is seen exploding and destroying the plane after approaching a specific distance from it. It is believed that the missile is a medium-range AIM-120 (AMRAAM) radar wave, according to the “The Drive” report.

Then it appears clearly the American fighter that appears to have launched the missile.