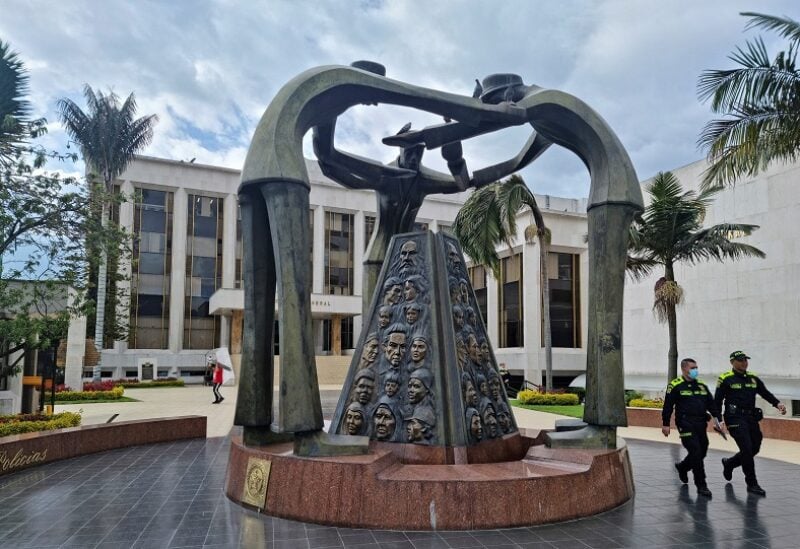 Police officers walk past a monument outside the headquarters of Colombia's National Police, in Bogota, Colombia September 7, 2022. REUTERS/Luis Jaime Acosta

17 people had died in the past 72 hours due to a string of violent incidents in Colombia, authorities reported, underscoring the enormous burden on President Petro.

Six people were shot dead by gunmen on Monday morning (September 12) in the northern city of Barranquilla while drinking in a bar.

Another violent incident occurred a day earlier when a group of criminals murdered a teacher, his wife, and their two children in north-central Santander on Sunday (September 11), local authorities said.

Adding to this, five migrants from Venezuela were killed by vigilantes in an act of vengeance. The murderers, the local mayor said, were from Venezuela and wanted to steal money and killed victims with knives. The mayor further said that a wounded member of the deceased family informed the neighbour, who took justice into his own hands and killed the five attackers.

Additionally, a young woman who was a local leader was stabbed to death in her house in the northern Sucre department on Friday night.

As per an NGO leader, 128 locals and community leaders have been killed since the state and Marxist Revolutionary Armed Forces of Colombia insurgents signed a 2016 peace agreement, AFP reported.

Following his victory in June this year, Petro vowed to impose complete peace on the nation wracked by war. He also swore to begin negotiations with the National Liberation Army. In an effort to break the cycle of violence, he also stated that he would speak to the drug dealers as well.