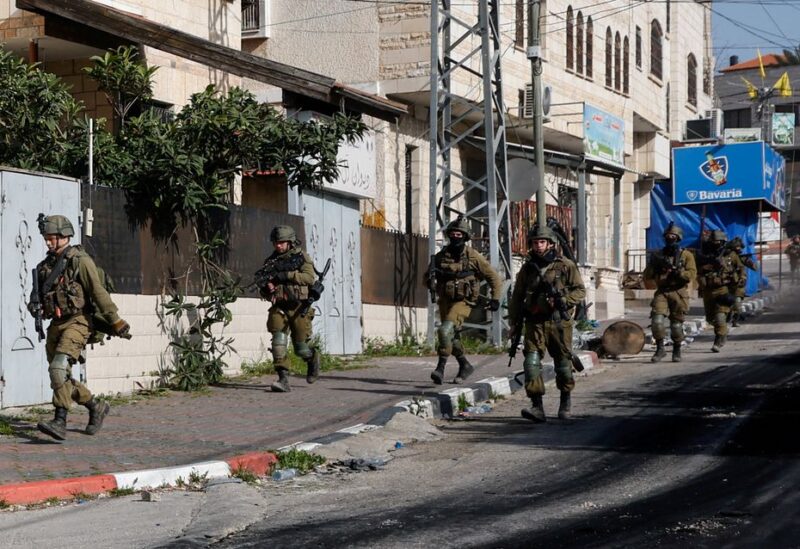 Israeli soldiers run during a raid in Jenin in the Israeli-occupied West Bank March 30, 2022.

Three Palestinians were killed and 44 others were injured this morning, two of them critical, in an Israeli army assault on Jenin refugee camp, according to the Ministry of Health and Palestinian security.

The Ministry of Health confirmed three Palestinians were killed, two of them identified as Abed Fathi Hazem, the brother of Raad who was killed by Israeli forces in April following an attack in Tel Aviv, and Mohammad Mahmoud Elwaneh, who were killed in a house that was under siege and shelled by the army, and the third, Ahmad Nathmi Alawneh, 24, was shot in the head and killed during street clashes with the invading soldiers.

Many of the wounded in the attack were shot by live bullets and are in critical condition at Jenin hospitals, said the Ministry.

Security sources told WAFA that a large army force raided Jenin and its refugee camp this morning, firing in all directions and shooting tear gas canisters while surrounding and shelling a house that belongs for Fathi Hazem, father of Raad and Abed.