Walmart blows past expectations for the first quarter 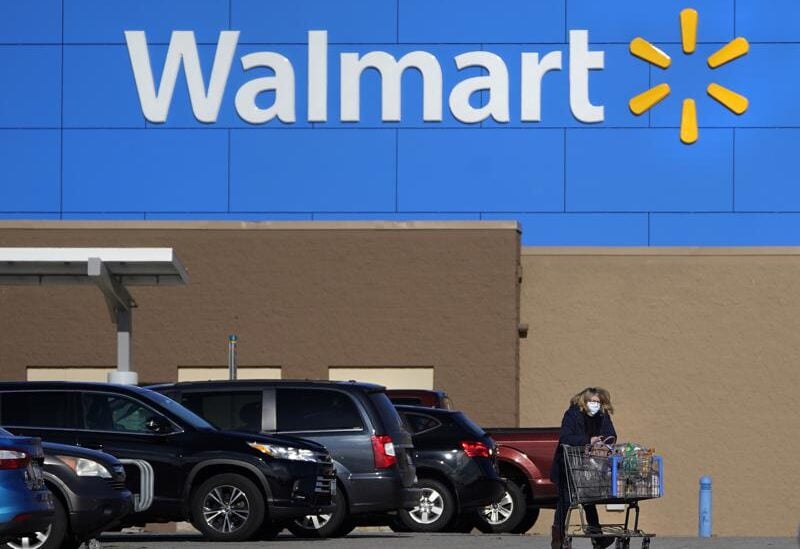 FILE - In this Nov. 18, 2020 file photo, a woman, wearing a protective face mask due to the COVID-19 virus outbreak, wheels a cart with her purchases out of a Walmart store, in Derry, N.H. Walmart Inc. blew past Wall Street projections, reporting strong sales results for the fiscal first quarter as shoppers continued to keep shopping at the discounter even as the pandemic eases. (AP Photo/Charles Krupa, File)

NEW YORK: Walmart blew past Wall Street projections in the first quarter with U.S. stimulus payments to Americans helping to boost sales and the company raised its expectations for the year.

Sales at stores opened at least a year rose 6%, slowing from the 8.6% increase during the fiscal fourth quarter. But it topped last year’s 10% spike when Walmart turned into a pandemic lifeline for millions of people. Online sales rose 37% down from its 69% during the fourth quarter.

“Our optimism is higher than it was at the beginning of the year,” said said CEO Doug McMillon. “In the U.S., customers clearly want to get out and shop.”

McMillon said that government stimulus money boosted sales and that there is a lot of pent-up demand as the nation emerges from the pandemic.

Walmart has pushed further into fast and convenient delivery over the past year and sales at its stores were elevated with so many other retailers forced to close during lockdowns. Even the massive infrastructure put into place by Walmart in recent years were strained by the crush of orders from millions of people sheltering at home.

Walmart bumped up spending by $14 billion to speed up its distribution network.

In February, it said it would raise its average hourly wage to more than $15 per hour, a $1 increase. Amazon and Target have already increased hourly wages to $15 for all workers.