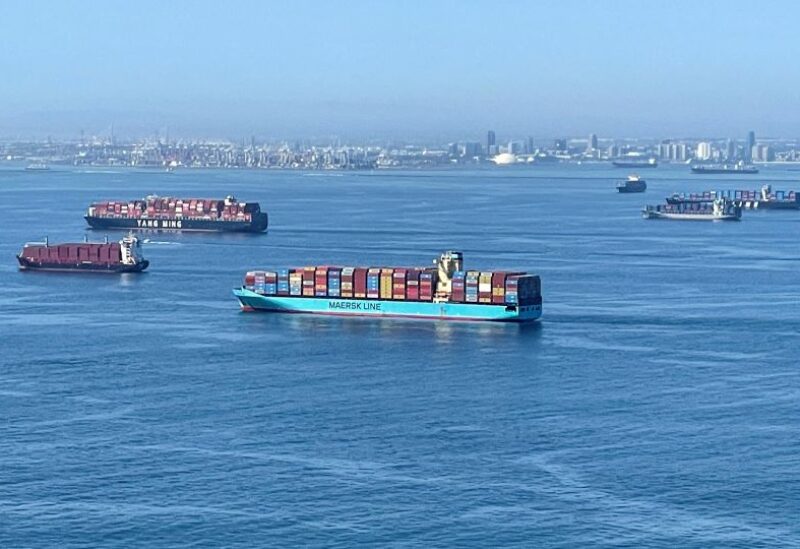 Previously available only to the world’s militaries, technology to conceal a ship’s location is quickly spreading through the global maritime industry as governments from Iran to Venezuela — and the rogue shipping companies they rely on to transport their petroleum products — seek stealthier ways to avoid US sanctions.

Windward, a marine intelligence business whose data is utilized by the US government to investigate sanctions violations, stated that it has spotted more than 200 boats involved in over 350 events in which they appear to have electronically altered their GPS location since January 2020.

“This is out of control right now,” Windward co-founder and former Israeli navy commander Matan Peled said in an interview. “It isn’t being pushed by countries or superpowers.” This strategy is used by typical businesses. “The magnitude is incredible.”

According to Peled, US authorities have been reluctant to recognize the expansion of equipment that has been part of the electronic warfare arsenal for decades but is just now showing up in commercial vessels, with major ramifications for national security, the environment, and marine safety.

Windward used technology that recognizes digital trails that do not correlate to actual motions, such as hairpin bends at breakneck speed or drifting in the shape of perfect crop circles, to identify suspect ships.

William Fallon, a retired four-star admiral and former head of the US Pacific Command, said the threat from electronic manipulation has been known to US authorities for some time, and is one of a growing number of so-called “gray zone” national security challenges that cut across traditional military, commercial, and economic lines.

“Anytime you can trick someone into thinking you’re somewhere you’re not,” said Fallon, who is now a board member of the American Security Project, a Washington think tank. “It demonstrates the lengths to which individuals with no scruples are ready to go to attain their goals, as well as the ease with which they may do so.”

Windward discovered one of the most severe cases, a 183-meter-long oil tanker that could be traced going to Iraq while loading petroleum in Iran, which is barred from shipping its oil due to US sanctions.

Windward requested that the vessel’s identity be suppressed in order to avoid any prospective US government inquiry. The tanker set sail from the United Arab Emirates on February 11, 2021, indicating its destination as Basra, Iraq. Its global navigation system began to display unusual drifting patterns while it was 20 nautical miles distant. Twelve days later, its transmission had steadied, and it could be seen sailing back through the Hormuz strait at regular sailing speed, this time fully laden with crude oil.

Satellite footage indicates that dozens of nautical miles distant, on Iran’s Kharg Island oil terminal, a ship of comparable length and with the same red deck broken up by a white pole and bridge was visible throughout the two-week cruise. That ship was then tracked by satellite as it returned to the UAE, its path converging with the stated position of the original ship after it resumed regular communication.

Since 2004, ships of more than 300 tons have been required under a United Nations maritime convention to deploy an automatic identifying system to avoid collisions and aid rescuers in the event of a spill or catastrophe at sea. Tampering with its utilization is a serious offense that can result in governmental punishment for a vessel and its crew.

However, what was meant as an at-sea safety device has resulted in the growth of ship-spotting services such as MarineTraffic.com.

According to experts, such websites are readily duped since they rely on data obtained from thousands of amateur base stations that act as police radio scanners, gathering up on marine activity. Last year, two Norwegian Broadcasting Corporation journalists were able to create a bogus base station near Somalia online and input the false coordinates of a genuine vessel. The forged position appeared seconds later on MarineTraffic.com.

“To eliminate mistakes and constantly assure data integrity, MarineTraffic has adopted a number of significant initiatives in the previous several months as we seek to keep safeguarding incoming data even more,” stated Anastassis Touros, CEO of MarineTraffic.

Blocking particular stations and IP addresses that routinely broadcast bogus data is one of the steps.

Despite such quality control measures, two US intelligence agents told The Associated Press that the sheer volume of data has reduced the value of such open-source systems. Officials talked on the condition of anonymity to reveal the latest — and most severe — strategy in the cat and mouse game between police and criminal actors.

China is another another blind spot. The recent implementation of a stringent data privacy law has reduced the amount of terrestrial data on maritime activity in Chinese waters by nearly half, making it more difficult to track everything from activity at busy ports critical to global supply chains to the movements of the world’s largest distant watercraft.